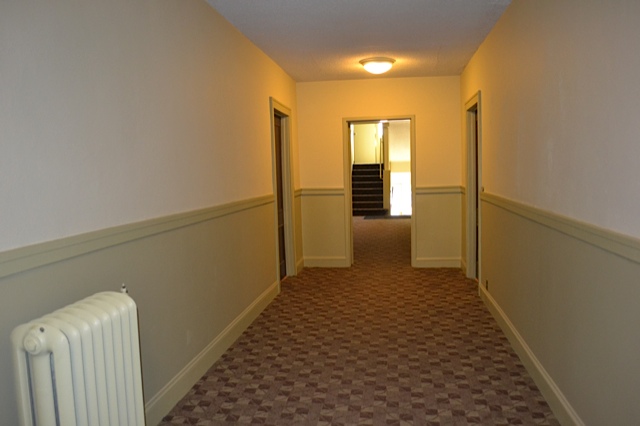 Bloomfield, NJ—Amidst the recent east coast blizzard, 26-year-old tenant of Crestridge Apartments E3, Kyle Gustafson, has a plan to “finally hit on that girl in E4.” The plan, which many are calling ‘stupid’, involves his waiting until she watches all 49 episodes of American Horror Story on Netflix. There are so many problems with Mr. Gustafson’s plan, not the least of which is: Netflix is offering 51 episodes, not 49.

Based on our own Nate Silvers-like calculations, Mr. Gustafson would likely be knocking on her door amidst the last two episodes of season 4, “Show Stoppers” or “Curtain Call.” If the poor dear was already bored enough to sit through the first 48 episodes, she is statistically 100% likely to watch the season finales. This number is based on Netlix’s own blizzard-viewing statistics (BVS). There are other holes in the plan as the estimated timeframe for completion of all four seasons—which is calculated and currently scrawled across Mr. Gustafson’s living room wall (NCIS fashion)—is 3AM. Three in the morning might be a good time for an STQ ghost investigation, but it’s not the best ice-breaker, visiting hour.

Mr. Gustafson claims the blizzard has taken it’s toll on his well-being. “Sure I’m bored, but she’s probably not the answer, anyway. I am only good for about ten minutes in the sack, max, so what do I do with the rest of the time that we’re snowed in? I mean, I certainly don’t want to talk to her.”

Mr. Gustafson has resolved to watch all 49 episodes of American Horror Story and then kill himself. If his second plan materializes, as aforementioned, he will sadly miss the exciting season finale.