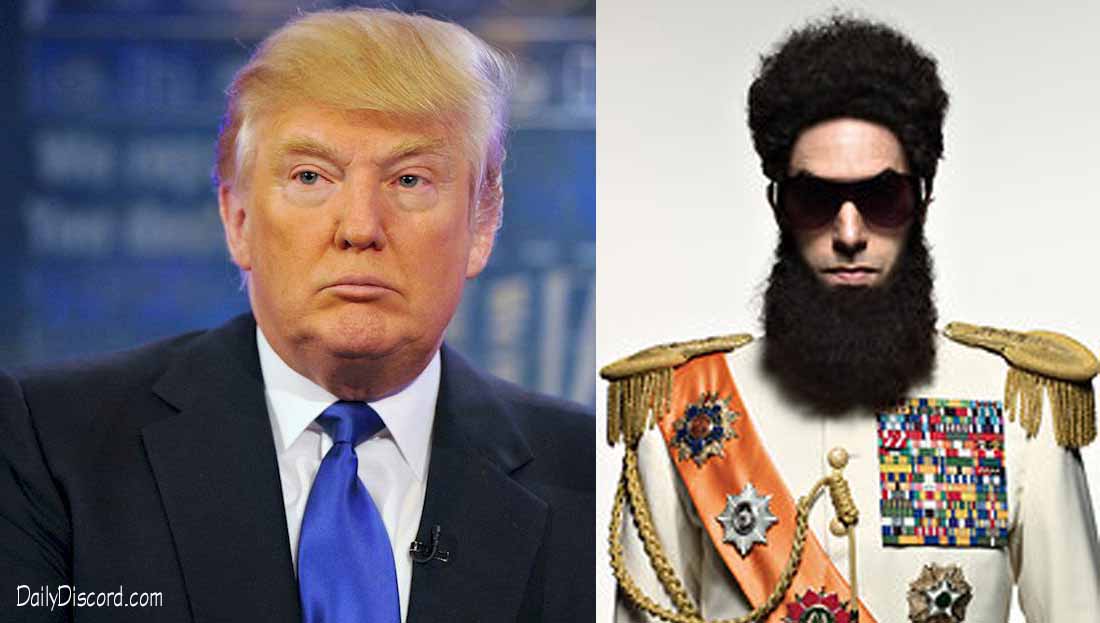 Wadiya—The Trump campaign is calling the rumor that the Butcher of Wadiya was ever considered a viable running mate, absurd. Whereas Trump admits he recently showered the Admiral General with praise, the Trump Campaign never considered him on the “short list” because he was born in another country, the UN wants him for war crimes, and he’s pro-choice.
Details are emerging how Trump did float the idea passed his advisors last week, while Tweeting. He thought Aladeen would bring an increased sense of foreign policy experience to the ticket. According to the Trump Campaign foreign policy knowledge became an increased concern after two recent gaffes. Last week Trump told the press Godzilla always attacked the city of Bangkok, and this week he thought Benghazi was located outside of Paramus, New Jersey. Trump later issued a rare retraction, stating, “Benghazi? I meant Bogota.”
The Donald told The Discord today, “I like General Admiral Aladeen. He says what he means and he means what he says. That guy has already agreed to lower the price of oil, but only if I allow him to fly Air Force One naked. That’s a good deal. It’s a good deal. I’ll just have some of my Mexicans clean the seats. We’re talking 20 bucks worth of cleaning products for much lower oil prices for this country. When I am President I think we’ll work well together, but I also know it’s a pipe dream to get him on the ticket, what with his being pro-choice and all.”