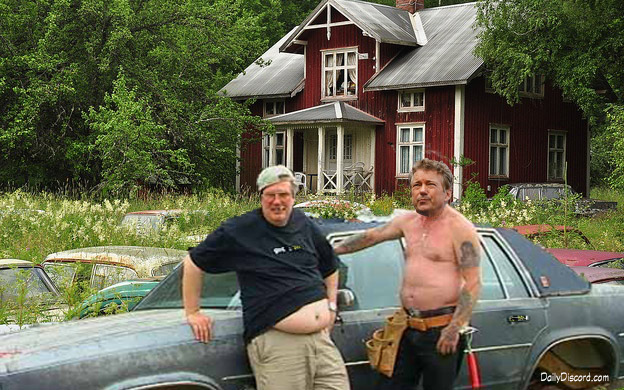 Bowling Green, KY—Senator Rand Paul was assaulted by a friend and neighbor last week during an incident many are calling ‘typical’ for this particular rural setting. Kentucky State Police have since taken the senator’s 59-year-old assailant and buddy into custody, so Mr. Paul has since moved to have all charges dropped. “Cooter and I get into these little spats now and again,” said the senator. “You know, like when he tries to steal my moonshine, or I try to steal his healthcare. He’s also mad at me because I’m always trying to hit on his sister, well, when he’s not. You gotta be fast around old Cooter, ha! Oh, and his sister has a preexisting lung condition that we call Kentucky Fried Lungs. We order our lungs extra crispy around here, which is also not covered anymore.”

In an exclusive interview with the Daily Discord, Senator Paul added, “Keep in mind, KY jelly was invented in Kentucky, or it should have been. As a card carrying member of the Freedom Silicosis *cough* Caucus, I approve this message. Sorry, that was a real cough, but don’t worry about me, I have good coverage through Congress.”

The FBI is investigating the altercation in case it turns out to be some kind of an X-File. Agent Fox Mulder said, “The senator does live in an area known for a number of Goat Man sightings, and although there is no mention of any goats that look like men in the police report, generally something paranormal or extraterrestrial happens when I’m around, which is pretty kick ass.”

Captain of team Search Truth Quest, Mick Zano added, “Mulder is smoking crack. There’s been no Goat Man or Kick Ass sighting’s anywhere near Rand’s old Kentucky home, but that didn’t stop them from making one hell of a shitty sequel, Kick Ass 2: Turn The Other Cheek.”