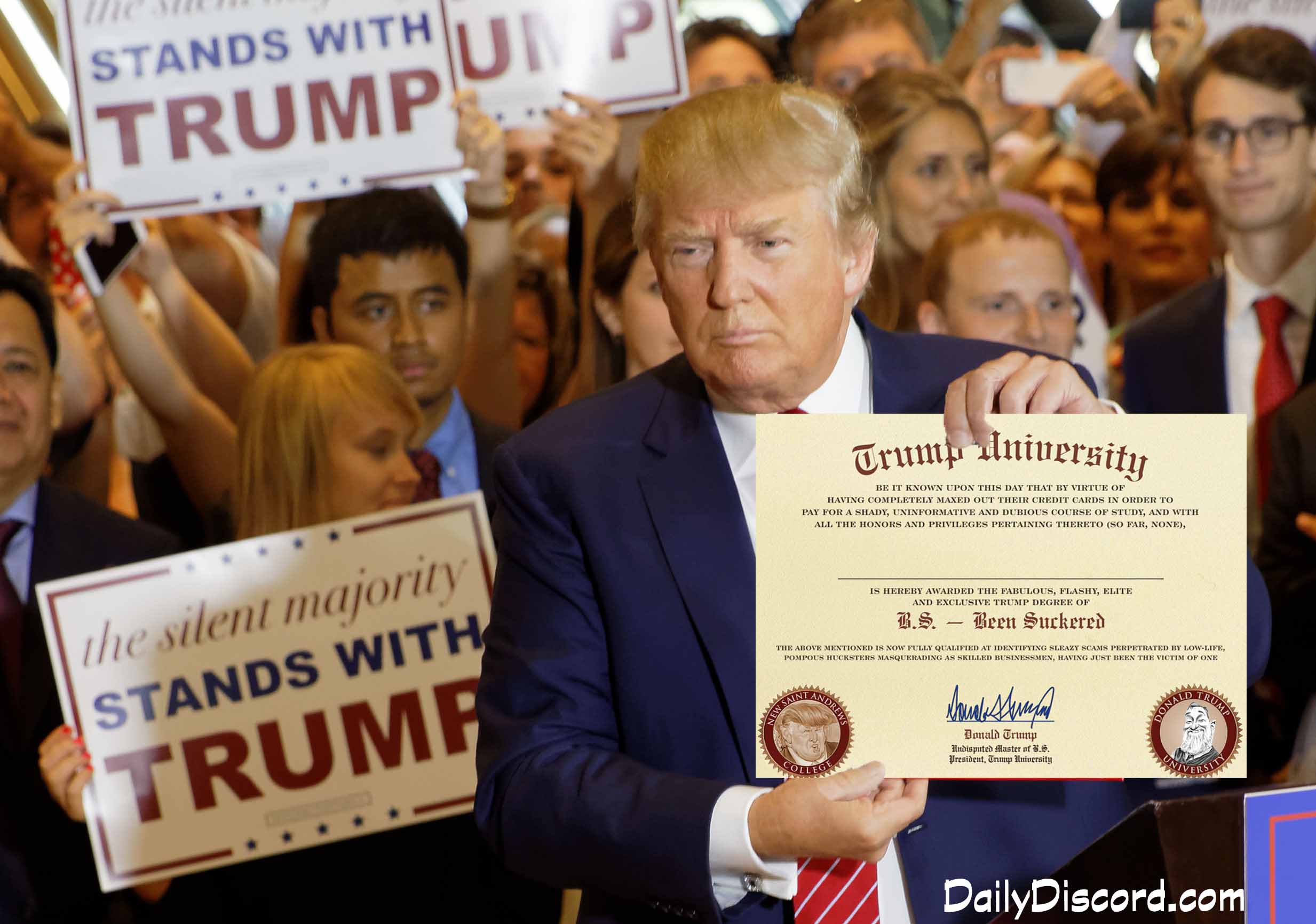 New York, NY—Donald Trump was all smiles today as he held aloft his honorary degree from Trump University. Dean Izzy Credentialed claims, “The honorary version of our six-figure degree is just as valid as the real thing. Sadly.” Upon receiving the honor, Trump stated, “I don’t generally do the humbled thing, but if I did, this would be that time …but, again, I don’t, so NO.” In the same ceremony, Trump was also presented with the Key to Trump Tower, from his maintenance guy, Steve.
When a reporter pointed out the signature at the bottom is his own, Trump said, “Obama abuses executive orders. He abuses them, so call this a sort of dress rehearsal for when I get to start abusing my executive authority next January.”
Another reporter pointed out the words “Been Suckered” on the degree in an Old English font. Trump responded, “We love fonts. I have the best font people. It matches the top. We spared no expense. Remember the Professor from Gilligan’s Island? All of the professors at Trump U. are like him. One of my professors can make a radio out of a coconut and, even if it didn’t work, they could still sell you that useless coconut radio for top dollar. No, I mean it, I mean it. When I’m President we’ll see the Professor from Gilligan’s Island vs. Bill Nye the Science Guy on Celebrity Death Match. On day one, and I’m backing the winner.”