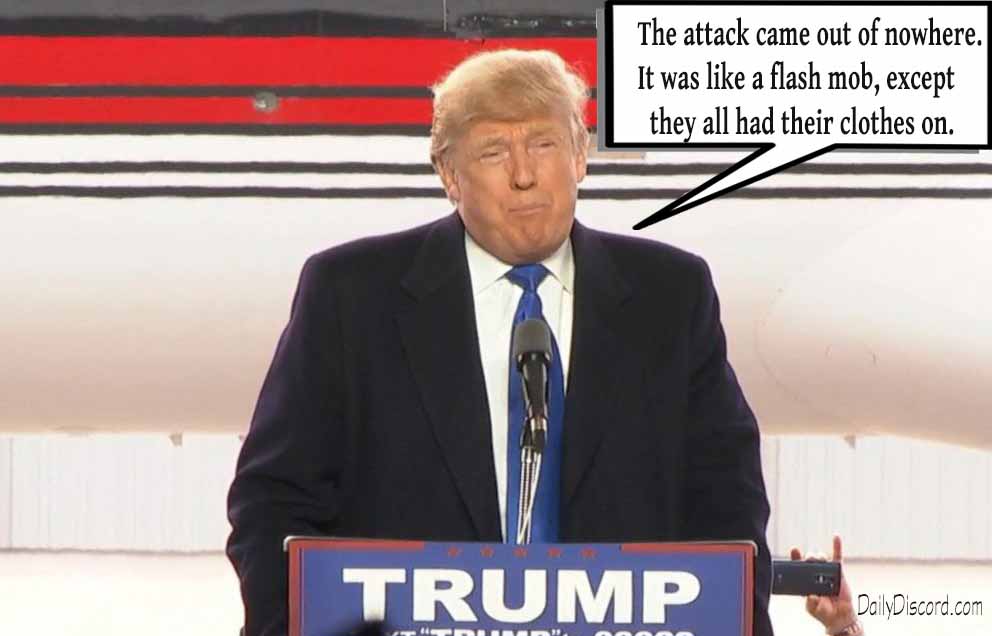 When the Trump campaign realized the acronym ISIL was already taken, they changed it to Irrational-Shitty-Idiotic-Socialists. The Trump campaign vows to beef up security in the future and plans to display clear signage regarding appropriate skin color at future events: 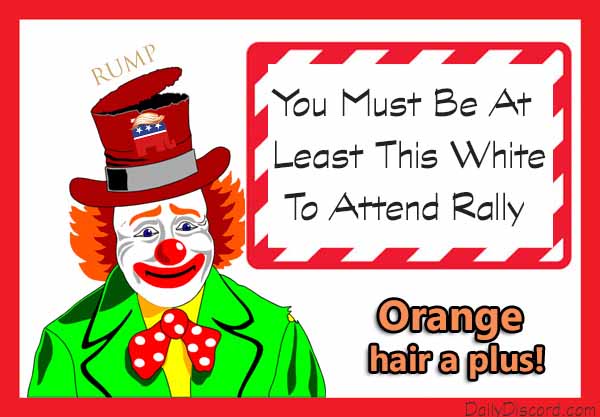 Donald Trump told The Discord, “This sign should clear things up moving forward. Keep in mind, when I say the words ‘moving forward’ it in no way implies I am progressive. I don’t mind if those ‘people’ vote for me in November. I’m cool that way, but just don’t try to date my daughter, is all I’m sayin’. Look, these protest attacks were carried out by a group of professional protestors, not the work of a hodge-podge of angry Hipsters. I called Hillary Clinton during the attacks, because I’m sure she has John Kerry’s  phone number somewhere. I said, ‘Wake up, Hillary! Code Orange! We have a situation in Chicago.’ I said please send the seals, special ops, special sea otters, and that guy from those Bourne Identity movies. This was only a request, by the way, because my people had the whole situation under control. I was testing her and she failed. She failed! This is Ben Gazzara all over again. Hillary lied and Trump protestors cried!”

Clinton denies receiving a distressed phone call from The Donald and, if she had, she said she would have dispatched the same group deployed to kill Ambassador Stephens in Libya. She then cackled maniacally while releasing more top secret emails to the public.