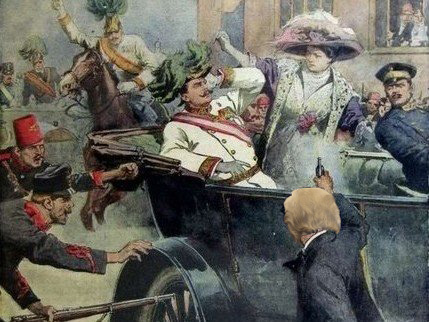 Sarajevo, Bosnia—President Trump’s not so great grandfather, Friedrich Von Trumpenstein, was questioned after the slaying of the heir to the throne of the Austro-Hungarian empire, Archduke Franz Ferdinand, on Fifth Avenue. History claims a 19-year-old Bosnian was the shooter, but others claim Trumpenstein was named as a co-conspirator in the incident, or ‘Individual 1’ in the court documents of the day. The assassination eventually led to WWI, which led to WWII, which led to arguably the worst outcome: Pearl Harbor (2001) starring Ben Affleck. Witnesses to the incident claim a second shot rang out from a nearby grassy knoll, because that shit seems to happen in these situations. Others implicated in the shooting were: the Watchmen’s Comedian, the Smoking Man from the X-Files, and LBJ’s uncle Droop B. Johnson.

Senator Lindsey Graham (R-SC) said, “I know what these assholes are doing. They’re trying to link the Iranain general’s assassination to this Archduke fella. But that event happened in June, not January. I think The Discord needs to do its homework. Actually, we’re shutting that shit down in 2020. Happy new year, douchebags.” 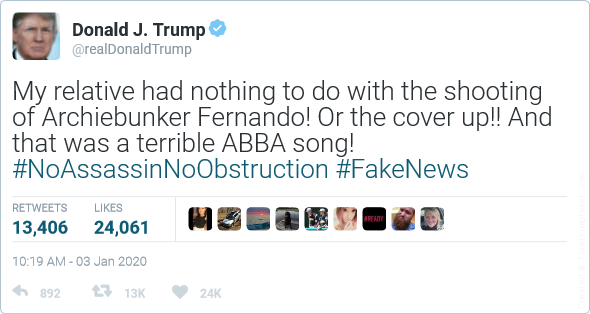