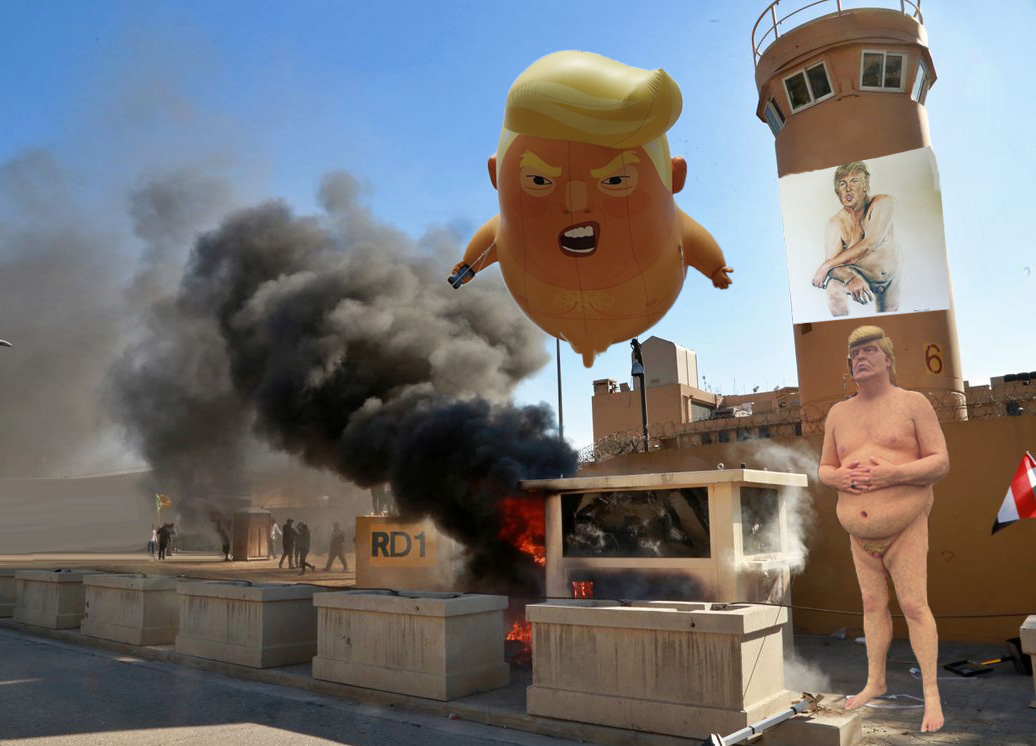 Baghdad, IQ—Many believe the U.S. Embassy in Baghdad was saved by the quick thinking of ambassador to Iraq, Mathew Tueller. Those close to the ambassador claim he was determined to not let his compound be “totally Benghazi’d,” so several naked sculptures and paintings of President Trump were positioned around the perimeter of the facility. On Tuesday hundreds of Iran-backed militants surrounded the embassy in response to what they perceive as The Daily Discord’s unfair coverage of the Kardashians. The reasons for the siege have not been independently verified, but we’re going with it.

Secretary of State Mike Pompeo told the press today, “Everything is under control. It appeared a breach of the compound was immanent, but the crowds were quickly dispersed minutes after the ambassador initiated Operation Commander in Briefs.” When asked about the lack of briefs on the numerous effigies of the president that were positioned around the embassy, Pompeo said, “Yeah, it was a stupid name. I wanted Operation Desert Flash, but no one ever listens to me. That’s why I’m leaving the State Department. I always wanted to be …a lumberjack.”

Hillary Clinton believes the administration is not being forthcoming about the reasons for the protests. She believes, “The attack on the embassy was a spontaneous response to the re-airing of my husband’s entire impeachment senate trial on C-span.”