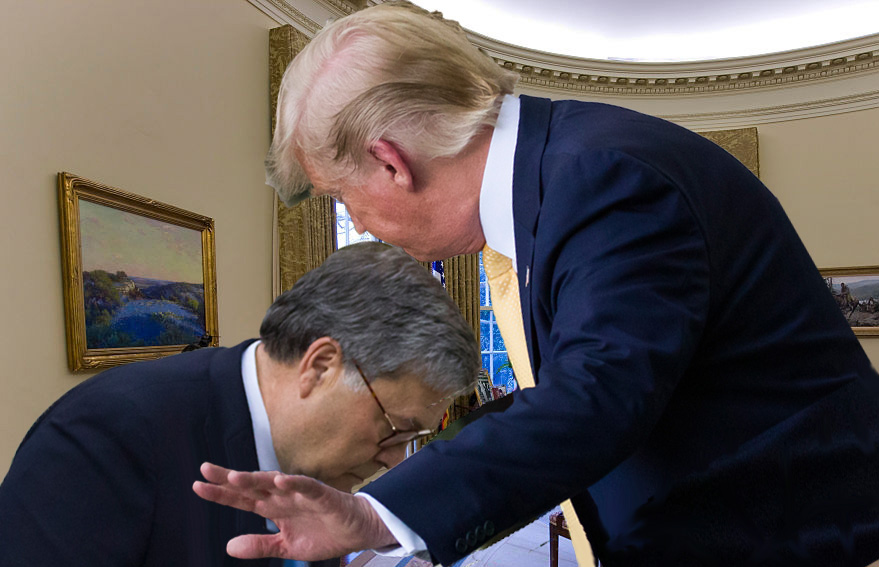 My biggest pet peeve of 2019 is how our fearless leader refused to protect our elections. Today we find he’s actually blocking a bipartisan bill that punishes Russia for election interference. All roads not only lead to Moscow, but they lead right to a certain room at the Moscow Ritz-Carlton. We had a two year “special” investigation that discovered the president was indeed compromised to Russia, but Mueller didn’t feel it was “part of his mandate” to explore? Then he releases a report that no one understood, or even bothered to read—that, in fact, a gag order is being issued right now to keep any of the damning parts out the hands of Congress. Then Post Mueller (PM) president resumes his high crimes and misdemeanors by extorting Ukraine the very next day. Fast forward to the impeachment, and there will be no witnesses and no fair jurors in the Senate, because the John-Boehner-created process employed in the House is deemed unacceptable. When you bury this shit, history is going to bury you. Seventeen witnesses laid out the entire narrative and what few grey areas remain can easily be filled in with article two of the impeachment, Obstruction of Congress. If you think there’s a case to clear this morally bankrupt, executive-brain-fart of a man, then make it. I have no delusions about a fair trial for this next phase, but at the very least I want people forced to state for the record that they support an active crime syndicate. Chuck and Nancy are right to try to make this a painful process. Quick, someone find Sir Laurence Olivier and a dentist costume. #IsItSafe?

The next general election will be very perilous indeed, as we are all Molly Hatchedly Flirting With Disaster. Liberals will never accept the re-election of a known criminal through voter suppression, gerrymandering, census shifting, and unchecked foreign interference. Meanwhile, the Trump base will never accept the legitimate electoral loss of their king and savior, because of their inverse relationship with the truth. The republican’s latest voter suppression efforts, here. Just because they’re committed in broad daylight makes them no less crimes. I’ll ask again, when do we storm the National Mall? Actually, I predict no organized response will manifest until it’s sort of a protest/soup-line combo.

It’s too late once we have to call Rick Grimes, Bruce Campbell, and that chick from Resident Evil.

If we don’t get to hear testimony from former WH counsel Don McGhan, The House is hinting at a third article of impeachment. This originates from an issue still lingering in the D.C. Circuit Court of Appeals, and relates directly to some of Mueller’s obstruction findings. Fine, but then I get fourthsies! I want a fourth article of impeachment that invokes the 25th Amendment for Trump’s failure to uphold his constitutional duty to protect our elections. Dear Putin, if you’re listening, release the pee tape.

[WikiLeaks joke removed by the editor by jiggling the handle.]

Yeah, but it’s the good kind of extortion, Zano.

Sure, Vinny. That’s the thing, republicans have embraced the notion that the ends justifies the means.

True. If you make everything all legal like, I guess there aren’t any.

“No crimes in the Mueller report! None in the impeachment report! None in any court, anywhere. You can not indict a sitting president. Trump has not been indicted, so no crimes have been committed #NihilGogitoSumElephantus.”

These are lies. He is above the law. How else could someone embezzle two million from a Veteran’s charity and 1. avoid being charged, and 2. still win the military vote in 2020?

They got their money, Zano.

Yes, once again, after he’s caught orange-handed, here. I feel bad for Duncan Hunter (R-CA); he only skimmed 250,000 and got indicted. Trump misappropriated more than that in the time it took me to doctor the image for this bit. Even if you believe Burisma and Crowdstrike are worth investigating, which they aren’t, forcing a foreign leader to announce this contrived Foxal matter on your chief political opponent on CNN is not okay. The guy was booked on Fareed Zakaria for September 13th, at which time he was expected to pay up. Yes, this was all set into motion. Had he not been stopped, Zelensky’s mere mention of a reopening an investigation into the Bidens would have fueled Brietbart, Alex Jones, Hannity, and parts of Rush Limbaugh’s ass for years to come (maybe the Space Force could help turn the other cheek). This is a clear abuse of power, but the ass-clown part of this administration always seems to save this president from the Hitler part.

Someone always seems to stop him, much like the aforementioned Don McGhan situation. This president has a lifetime of quarterbacking criminal enterprises, yet somehow he’s still not very good at it. He gets caught then he bumbles through a coverup, and then the event is rebranded for easy deplorable digestion via our state sponsored television network. Here’s why I named him Ass-clown Hitler.

None of Trump’s actions are trivial. Republicans are cheating, but they realize they have to cheat to win, so cheating needs to be deemed permissible in a court of law. They have the right to a politicized DOJ and weaponized senate. We can expect the same from Trump’s army of judges; the ones he’s currently appointing in record numbers. They too will be cut from this same Mafioso cloth. Judicially legislating immorality?

What happens next in this impeachment hearing will be astounding to watch. Senator after republican senator will toss aside their constitutional oath for the greater goon. All.Of.Them. Only because that’s what this political party has become, complicit with greed and corruption. Senator Lisa Murkowski (R-AL) is voicing her concern with the arrangement between Herr Ass-clown and Moscow Mitch, but will enough demand witnesses? No. Some will attempt to clear their conscience by complaining about this, that, or the other thing, but in the end to be part of a crime family, you need to be part of a crime family. Otherwise you’re marched to the end of the dock where your shoes are dipped in wet cement. Thankfully, just as you’re being lowered into the East River a whistleblower comes forward, so you’re returned to the dock all safe and sound only to find this Fox News headline:

“The guy didn’t die and he might have a future in the Space Force. Is the president’s efforts to further reduce unemployment really a crime?”

As for the other part of the defense, aka the money was eventually given to Ukraine; if, as timelines seem to indicated this happened a week after Trump became aware of the whistleblower, that is still a problem. As a former compliance officer, I can tell ya, no one is absolved for doing the right thing in any corner of this country after you’re busted. I call bullshit.

As for my ongoing Spygate counter narrative predictions: these will be investigated longer than Benghazi, but will only find procedural, not political wrongdoing. This has changed greatly from my original prediction, years ago, in which I used different gender neutral pronouns.

Former FBI agent, Lisa Page, was on Maddow last week. She explained what she meant by an “insurance policy.” Neither agent on the phone calls, Strzok or Page, thought the country would be dumb enough to elect an ass-clown as president, but the investigation needed to continue on the outside chance he won the election. Essentially, a comprised citizen is not a national security risk but a compromised president is. They couldn’t stop an active investigation, that even the Horowitz Report agrees began on legal grounds, on the outside chance that it would matter. They found themselves in a strange situation that got even stranger when we collectively ushered in the miscreant. Oh, and as I move to post, Andrew McCabe is also suing the FBI and claims the DOJ is not handing over any of the relevant documentation to the case. Wait a minute, withholding evidence? That doesn’t sound like the Attorney General I know!