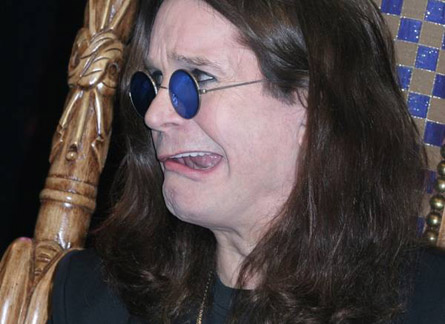 Tweet Tower—President-elect Donald Trump has an offer by Ozzy Osbourne to perform at his inauguration ceremony in January. Trump met with Ambassador Osbourne and was reportedly “very impressed” with the scope and breadth of his knowledge of politics and music. The old rocker agreed to the gig, “if and only if” he could follow a specific play list, in a particular order: Paranoid, War Pigs, Crazy Babies, Bark at the Moon and Crazy Train. Ozzy told the Discord today, “I am totally F***ing (???? possibly stoked) about being asked to this thing in January. I hope that the ?????? allows me and mine to rip some ??????, ’cause that’s what it’s really all about in the end.”

When asked if The Donald was offended by the selected songs, Trump said, “I love Ozzy. He’s a great American, born in America, with a deep connection to his rural heartland roots. Remember when Bush said he looked into Putin’s soul? It was like that with Ozzy and me. I just hope he agrees to play Iron Man, because I am starting an Iron Man Program. Not for that Avengers, do-gooder stuff, but more of a Secret Service, kick-ass Uber kind of way.”

Kellyanne Conway told The Discord, “I think what he meant was how Iron Man has the most positive Homeland Security implications, because, frankly, the rest of them are a little cray-cray.”