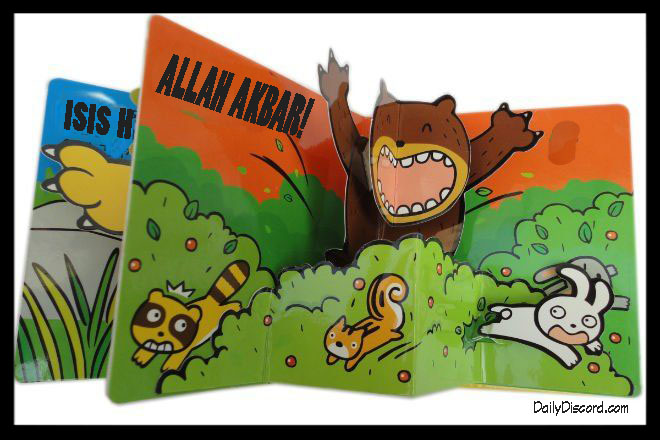 Tweet Tower—The intelligence community is sparing no expense to find a more suitable method to convey sensitive information to President-elect Ass-Clown Hitler. Although many Americans report a strange comfort in the fact Trump is not reviewing classified material, there remains serious concern that he is woefully unprepared to navigate the political and military fortunes of this nation. Former Defense Secretary Robert Gates said, “At least George W. Bush was willing to have the intelligence briefings read to him over some hot chocolate and cookies. Sure he was napping most of the time, but the intent was there. And he would perk up with a question now and again, like: is Allahak Bar near Kanda Bar? Or, are we out of Reddi-Whip again?”

Thus far the intelligence community is reporting that the hot chocolate and cookies initiative is failing. James Clapper, the Director of what’s left of our intelligence, told the Discord, “We are moving to Operation: Victoria’s Government Secrets, to work the whole brief vs briefs angle. Get it? Trump didn’t, but hope springs eternal. When we showed him an image of Putin in a frilly-laced night gown, he said he remains open-minded.”

Little Golden Books, a subsidiary of Random House, has taken a different approach. They are proposing the government contract with them to translate the daily intelligence briefings into a series of pop-up and scratch & sniff books. A random person from Random House said, “We must bring Trump’s tender brain up to speed as quickly as possible. We understand children, so we are confident we can help the President-elect reach a high school level by the end of his first unprovoked conflict.”

Donald trump responded today to allegation that he’s a doofus in a series of presidential tweets. “They should have thought about that before electing me #BuyerBeware #BuyerRemorse. I made it very clear from the beginning that I don’t read #LibrarysSuck. It’s not that I can’t read, I just choose to get my information from other media sources #Hulu #Netflix #iTunes.”

Trump’s campaign manager Kellyanne Conway added, “I think what he was trying to say is that in order to be an effective president, he needs to utilize a whole range of different sources and mediums. I need a fucking scotch! Someone get me a fucking scotch! You will edit that fucking out, right?”