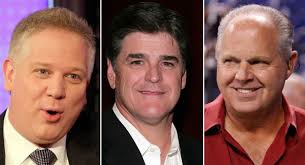 After creating diversionary scandals, damaging the republic, and tearing down the western world order, one might wonder how Republicans find the time to compromise their principles. Scandals and flip flops, flip flops and scandals abound. To meet these changes and challenges our conservative friends must reinvent themselves more often than a replicant with OCD. “You can never step into the same Republican party twice, but afterwards you should probably change your shoes.” —Heraclitus

The endless Republican distractions that have haunted my adult life are simultaneously getting more attention while being less plausible. I pulled the following remark from a Discord comment thread last week—a summary of my fruitless battles against the ongoing Republican counter-narratives:

My scandals: “Bush is torturing people!” Mick Zano (2006). “We tortured some folks.” Barack Obama (2016). “Bush is lying us into a war with Iraq!” Mick Zano (2002). The Downing Street Memos are leaked proving Bush lied us into war with Iraq (2005).
Conclusion: No investigations, no executions, no consequences of any kind.

Now here’s a typical Fox/AM radio/rightwing propaganda-style scandal:
Colonel Mustard with the candlestick in the library. No wait, wait, it’s Professor Plum in the conservatory with the revolver. Wait, Mrs Peacock, where was that bitch when this happened? …with the lead pipe. No, really? There was no lead pipe? Um, we still have some questions for Colonel Mustard.”
Conclusion: Case brought to trial and dismissed with prejudice.

If you want to look at deep state corruption, start there. When all is said and done, nine out of ten legal experts will agree the Page FISA warrant followed proper FBI procedures, but as long as they have one legal eagle in Foxsylvania, it’s game-on. This still doesn’t explain why the biggest scandals of the last 30 years invariably get a free pass.

All rightwing inquiries and investigations will prove frivolous, but they aren’t designed to stand the test of time, are they? They are simply crafted to last x-amount of news cycles, that’s it. Mission accompromised. Let the record show how they focused on regurgitating endless crapola while obvious cracks formed at the heart of our republic.

Let’s look at some of their ever-shifting arguments:

I saw the climate one coming many years ago, here. When you don’t have an argument it’s easy to figure out the game plan. Yet predicting this stuff long before it happens has availed me nothing. I live in a super majority of the enemy. The word enemy is not overstated. These are dangerously misinformed folks and, if given the chance, they will destroy us. So why did we give them the chance?

Press = Not enemy of state

I think the only real deficits involve the Republican misuse of the last million years of mankind’s cognitive hardware. The shining beacon on the hill seems to singe their skin a bit these days. That’s not going to change any time soon, and thinking it will is a form of liberal delusion. The only option left of our collective future is to vote them out of office and right this sinking ship. If you think our voyage is going smoothly you’re the problem.

*Oops, while looking for a link I discovered a pretty similar article of mine here. Well, at least I amuse myself writing these things. Oh, and whereas I keep linking back to my insights, Republicans should probably Wiki-scrub theirs.