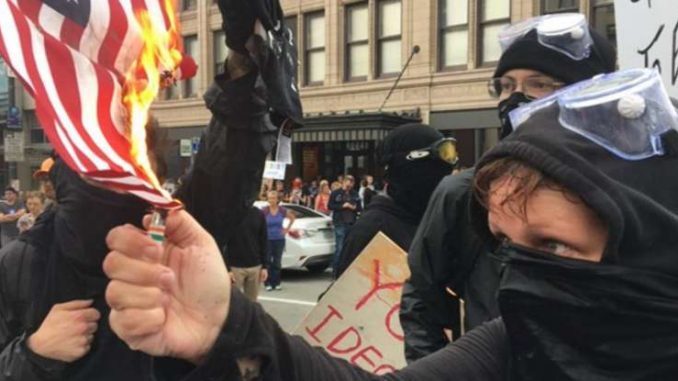 San Jaun, PR—The liberal fascist group known as ANTIFA is claiming responsibility for the vast majority of deaths contributed to Maria, a category four hurricane that struck President Trump’s twitter feed last September. In an effort to inflate the number of deaths, which stands at nearly 3,000, an ANTIFA sleeper cell woke up and started unhooking old people’s oxygen and raiding the last of their supplies. The head of ANTIFA’s operation in Puerto Rico, who is also named Antifa, said, “If they had some soup left, we ate the soup. If they were taking meds, we sold the meds. During the clean up we even dragged some of the trees back onto the roadways. Oh, and, when we were tallying those killed by the storm, we counted by 12s. It got hard eventually, because 12s are hard to count by. We estimate that the storm itself was only responsible for a couple of dozen deaths, aka two, but we were able to inflate that number in a big way through some good old fashioned liberal nastiness.”

Critics are calling ANTIFA’s actions unmathematical. Senator Chuck Schumer (D-NY) said, “No one needs to go out of their way to make this president look bad. Talk about frivolous. And why did they have to actually kill people if they were just going to make up the totals anyway? Next time, just add wrong. I think these people are closet Republicans. This is not what the Democratic Party stands for, but only because we don’t really stand for anything.”

Senator John Q. Republican (R-NE) said, “The actions of ANTIFA last September is why Congress has approved military drone strikes here and abroad against anyone suspected of being a liberal sympathizer. The only good liberal is a droned liberal.”

President Donald Trump tweeted, “See? Once every presidential term I am validated for something that I tweeted #A+MariaResponse #Windicated!!”