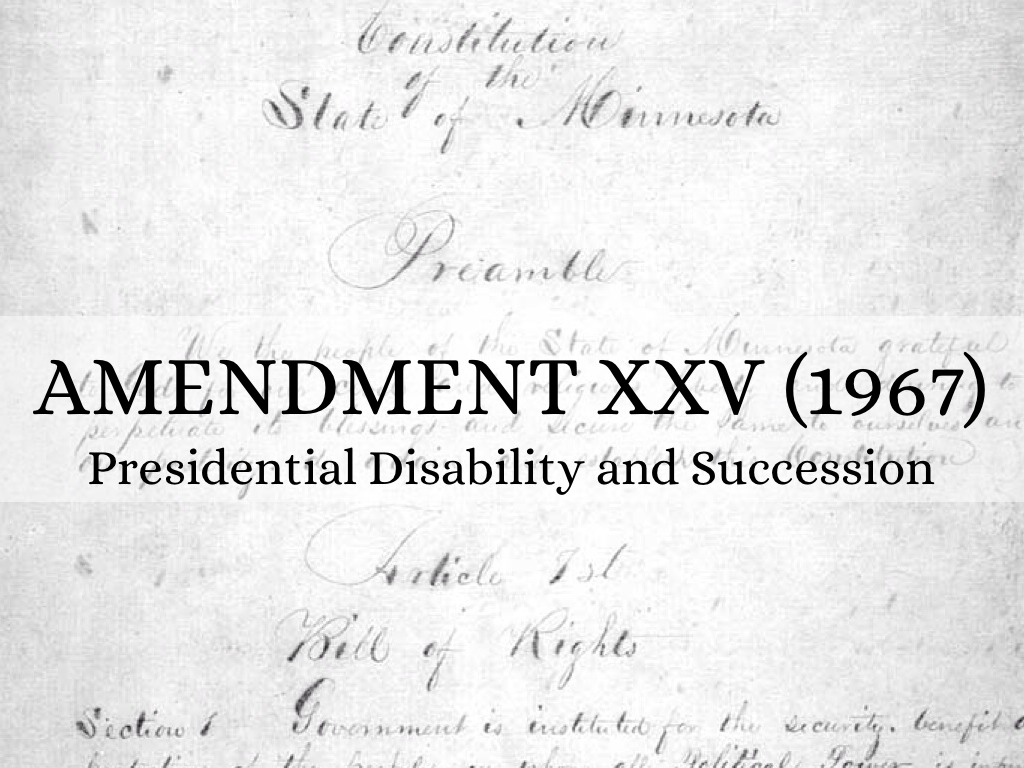 Washington—The curator of the National Archives notified The White House today that the 25th Constitutional Amendment has been removed from the museum. Today the amendments go from the 24th directly to the 26th. According to the curator of the National Archives, Dr. Sterling Hogbein, of the Hogbein Institute and Gastropub, the document was wiped from the records and the amendment itself, signed by the 89th Congress in 1967, is missing. Dr. Hogbein said, “The document disappeared sometime over the weekend, and all references to the amendment itself were removed from the Library of Congress via a search/replace Word feature. The document must have been smuggled out, so someone please check Sandy Berger’s pants.” The missing 25th Amendment allows for a sitting president to be impeached if deemed an “ass-clown”. Many are calling the timing of this incident ‘suspicious’.

President Trump commented today via a presidential tweet, “Look, these are old documents, maybe the moths got to it, who knows? If it’s not there, it’s not there. We need to follow the original constitution and any of the surviving amendments. So, good bye 25th. When we have ever invoked that thing anyway? The 2nd Amendment is still there, so chillax.”

When asked if the incident will be investigated Trump said, “We have too many other priorities at the moment, like the scandal I made up about voter fraud, Spygate, Pizzagate Part Deux, Son of Pizzagate, and the Michael Avenatti investigation that I’m making up right now.”

[Battle Beneath the Planet of Pizzagate joke removed by the editor.]