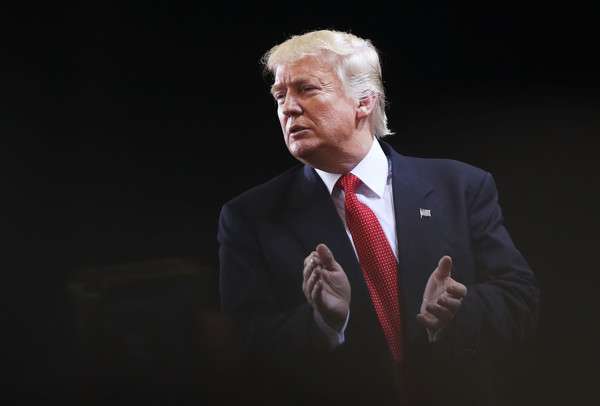 When asked how he intends to defend his offensive comments, Trump minced no words, “When I said ‘grab em’ by the pussy, I was talking about cat abuse, which is a social where I come from. You have to drink a beer after saying that shit, because, well, fuck cats. Fuzzy little shits. I might even throw in some cat lawnmower jokes tonight.”

When asked why Mr. Trump would choose to do something that might hurt his chances in November, he said, “My campaign manager said I needed to go on the offensive, so I told him, ‘Fuck, bro, you want offensive, I got offensive!’ That’s when I realized that if I swiftboat myself, I can be ready to defend this stuff. Kerry didn’t know what hit him back in …uh, the before time …and it hurt him. Take these self-allegations that I’m a sexual predator, this gives me the opportunity to talk about Monica Lewinsky. I have this joke I wrote about Bill nailing her right in the Oval Office. Here’s your only hint, those Blue Room rug burn blues. Oh, it’s going to be awesome! It’ll knock em’ dead, but I couldn’t use it last time. I thought how would Bill’s affairs be fair game in this debate unless I swiftboated myself …in the ass? I wrote this song too, when I think about you I swiftboat myself. Since it’s town hall style I can do my little dance thing while I’m singing it too. The debate is going to be in the bag tonight. To get this shit in the bag, I had to prove I was a douche bag. There was no other way. Hillary is going to be Lewinskied tonight. Turn your head and cough, bitch. I’m going to whip out a cigar prop too. A Cuban, because I never followed the embargo. Hell, I don’t even know what embargo means, truth be told.”