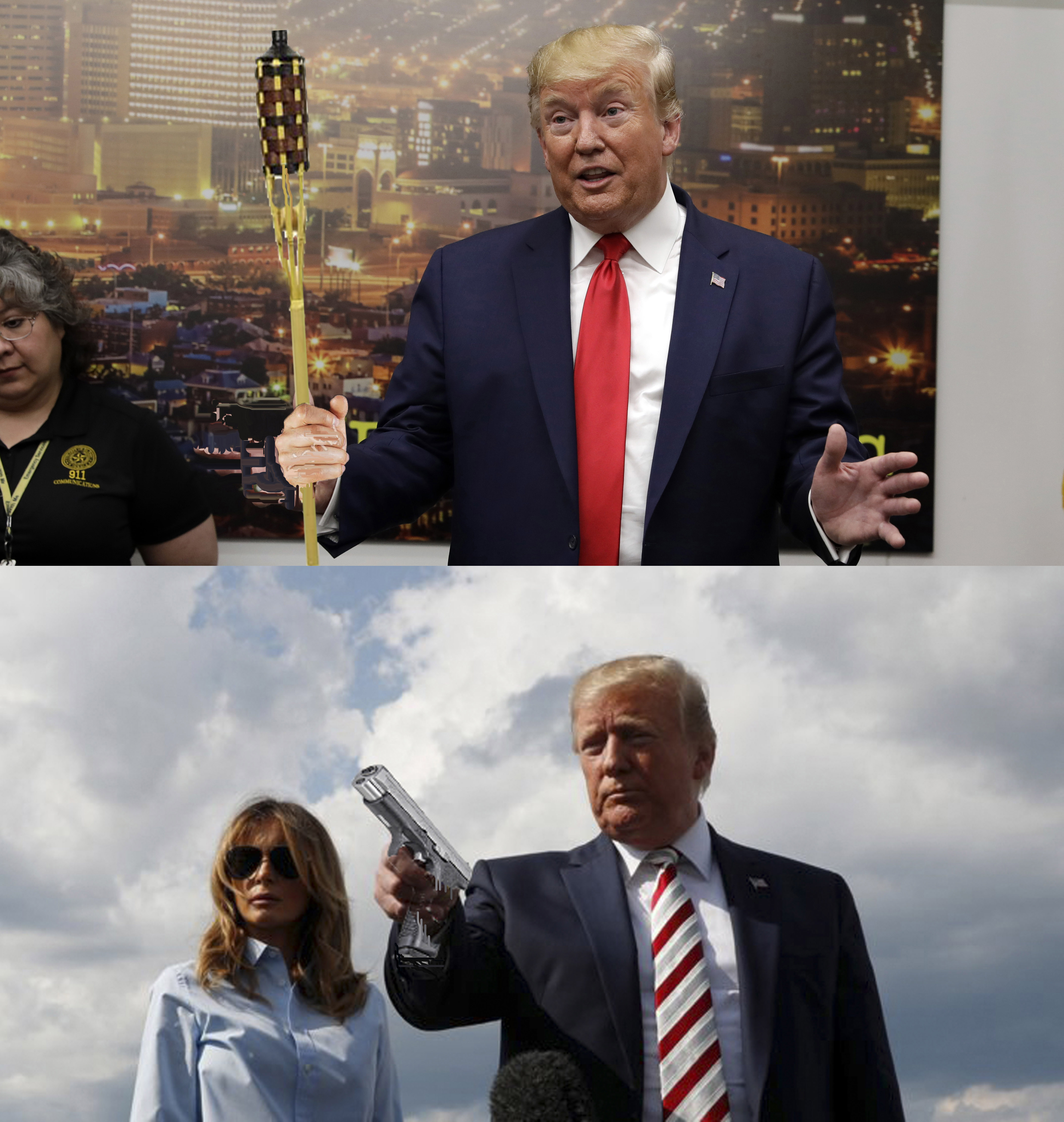 Dayton Someone—The Discord has obtained exclusive, Photoshopped images of the president’s recent mass shooting twofer. The pictures were apparently leaked to the internet, before they were downloaded into an older and more affordable version of Photoshop where they were altered by a crazed-liberal hack. These images now depict the president in seemingly more offensive activities that …oh, who am I kidding? The stuff he actually did was way worse.

Sorry, I spent all the time allotted for this bit in Photoshopville. I’m not complaining; I’ve found in recent years that doctoring images is a much better use of one’s time than actually following the news today. That’s it! What if the NRA met us halfway and started encouraging white supremacist to use smaller guns during their killing sprees?! Then we can call these mass shootings, fun size! Yay, capitalistic ‘Murica!

If that didn’t piss you off enough, try this one: Police Release Sketch Of Accomplice In Garlic Festival Slaying.