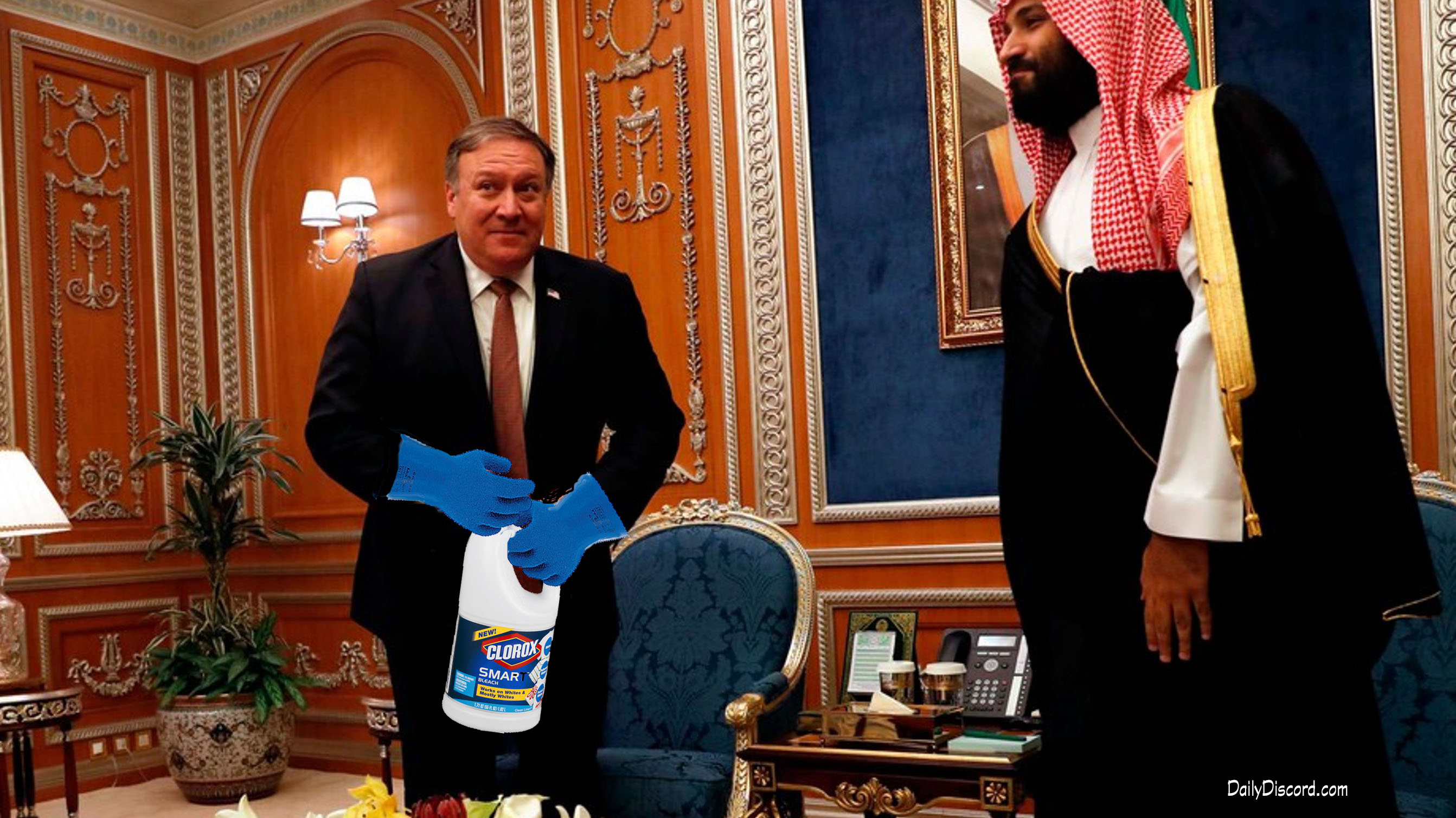 Riyadh, SAU—Secretary of State Mike Pompeo asked the world to give Saudi Arabia “just a little more time to hide the body *cough* I mean, find the missing Saudi journalist Jamal Khashoggi. Look, I don’t want to talk about any of the facts. They didn’t want to either, because wow that would be awkward.” During the visit, after all the niceties and finger foods (pardon the pun), shit got real. Prince Mohammed bin Salman allegedly handed gloves and bleach to a stunned Pompeo. The above picture is believed to be the last one taken, before our Secretary of State was dispatched to the Saudi consulate in Istanbul for some “light housework and dusting.”

Secretary Pompeo later met with President Trump in the oval office, and then told journalists, “The Saudis are simply going to need more time. We are amidst an ongoing cover up of an ongoing investigation, so we can’t rush these things. But don’t worry, we will insist the people who murdered this journalist conduct a complete and thorough investigation into their own wrongdoing. Of that you have my word, uh, as a Trump goon.”