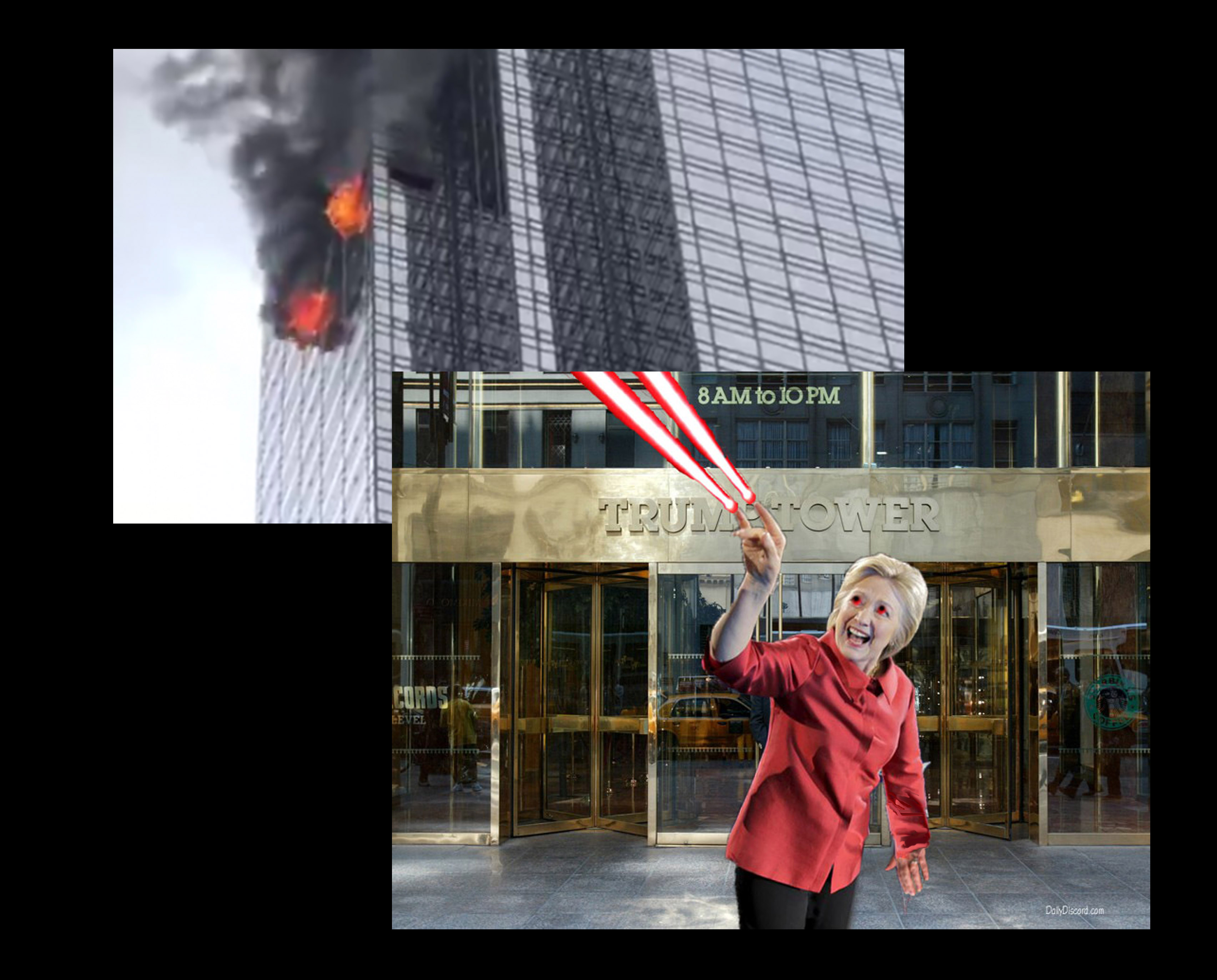 New York, NY—Former Secretary of State Hillary Rodham Clinton was spotted moments before a fire erupted on the 50th floor of the Trump Tower high-rise, killing one tenant and injuring five Russian spies. The NYC Fire Department said, “The fire was under control about 9:00 PM, which is more than I can say for our President, who spent the night tweeting through the hallways and insisting that no one turn on the building’s five sprinklers to avoid further water damage. The cause of the fire has been ruled ‘Benghazi-like’ and may have been caused by lasers mounted to the end of our former Secretary of State’s fingers.”

President Trump told the press today, “There are clear rules about returning your finger lasers upon leaving your cabinet position. If Lying Hillary kept her lasers and is continuing to use them for domestic terrorism, I believe you all remember my chant. It rhymes with mock her pup.”

Congressman Trey Gowdy (R-SC) said, “If people claim they saw Mrs. Clinton at the scene and someone had the presence of mind to Photoshop that damning image, I think I can wrap this whole thing up in about five or six investigations …for no less than 20 million taxpayer dollars …and, yeah, I’ll lose again. Duh.”