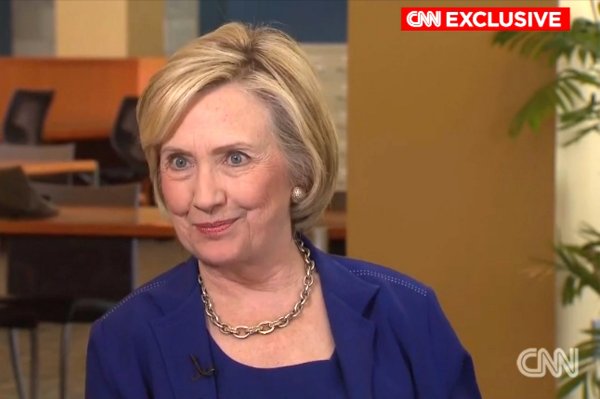 Washington, DC—Whenever Hillary Clinton is placed in a situation that involves other people, she continues to look like a deer caught in the headlights. Some of Clinton’s awkwardness, at least in part, may well be a result of the ‘testing phase’ of several sophisticated new personality software programs. Clinton’s IT team has obtained a Google-emotion technology patent, which will ultimately allow Hillary to change her personality based on circumstance on the ground, in real time, by utilizing both available data bases and user information.

Project Leader Matt Narrows explains, “Although this may not be evident from her recent interviews, public appearances are helping us move toward a fully adaptable and functional presidential personality by early 2016.”

Each and every news cycle the team is testing how Hillary responds to environmental stimuli. “We are trying an array of new emotions,” said Narrows, “but some are working and some are not. It is making her look a little like Sybil at the moment. We’ve managed to tone it down a notch so this week she’s more like Sybil on Quaaludes. By the primaries we hope to have a well-oiled machine that can respond with natural responses to a host of situations. Genuineness is not an easy program, however, because by definition a software personality is not genuine. A Ready for Hillary bumper sticker always makes me ask myself, yeah, but witch one? I mean—which one. The witch one is where we started and that is thankfully off the table.”

Programmers remain concerned about questions regarding Benghazi, lost emails, or Whitewater. “There’s not a personality program in the world that can survive a Monica Lewinsky question,” added Narrows. “Those two words have cost us four prototypes and the life of at least one programmer. The other guy’s still MIA. It was like watching Hal, the Terminator and I Robot with roid rage. You can’t program that shit—that was the real Hillary.”