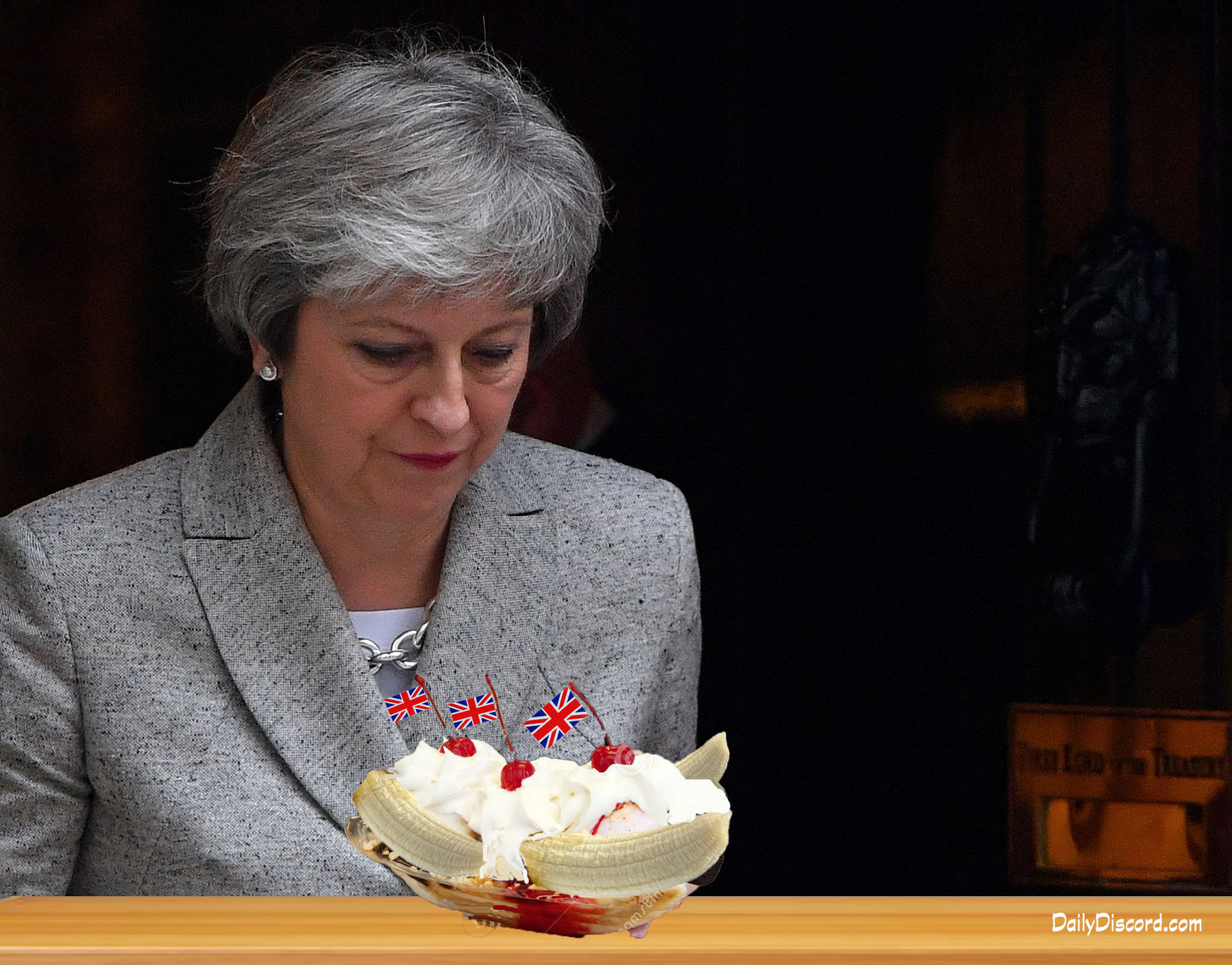 The EU has signed onto the UK withdrawal agreement, so the only remaining hurdle lies within the UK Parliament. Theresa May has managed to strike a deal that has angered both the Remainers and Leavers alike. The deal leaves an economically weakened UK and, as part of the concessions, the UK itself must withdraw another 100km into the North Sea. May told reporters today, “I am not amused about the whole dessert thing. It was mostly whip cream with no ice cream. To quote the U.S. president, ‘Sad! Very sad!!'”