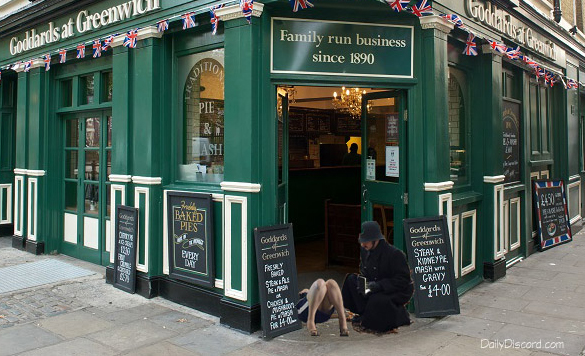 The Prime Minister later admitted she was simply “drinking to forget” and told the press, “I’m being told the Queen is in a similar plight after Trump’s visit and actually threw up into a foot guard’s bearskin hat. There are no pictures of that bit, I’m afraid.” When asked if her performance had anything to do with a shifting approach to Brexit, she said, “Certainly not. Last night was me falling down on my personal time, and Brexit is me falling down on the job. Totally different.”

Scotland Yard has released the statement, “We have not seen one of our leaders this befuggered since Winston Churchill tried to outdrink a young Charles Bukowski over at the Scrotum & Mallet.”