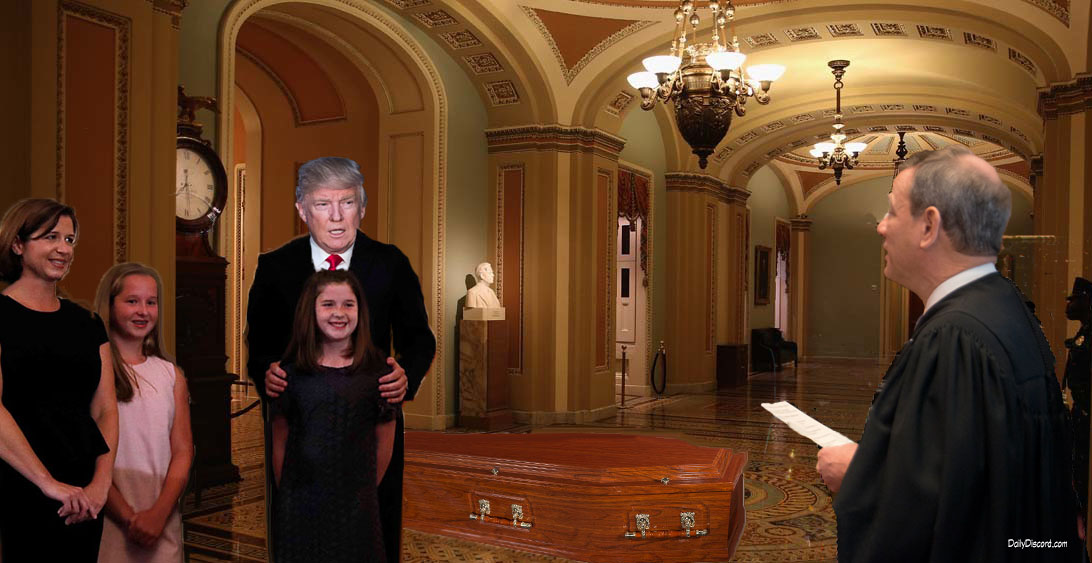 Washington—Judge Brett Kavanaugh was sworn into the U.S. Supreme Court today by a narrow 50-48 Senate vote. Kavanaugh becomes the country’s 114th Supreme Court justice, but only the 2nd known sex offender to sit on the highest court in the land. President Trump now has two successful supreme court appointments. Las Vegas had +115 odds for Kavanaugh’s confirmation. He therefore had about the same odds as the likelihood of a Trump impeachment during his first term. Oh, and Vegas is tallying the odds right now for a potential Gorsuch #MeToo moment. Put me down for a Jackson! Mr. Winslow, can you spot me a twenty?

One Democrat, Joe Manchin (D-WV), broke ranks to support the Kavanaugh nomination. Hey, we should be happy Democrats are still electable at all in the heart of the ‘black lung’ belt. Or is it the lung of the ‘black heart’ belt? Lisa Murkowski (R-AK) pretended she was napping to avoid even casting a vote. When asked, she used the Ambien, narcolepsy, partial-brain-fart disorder defense (ANPBF syndrome). And, after the votes were all tallied, Mitch McConnell said it was the proudest moment of his life  …well, next to the time he got his grandchildren back …after paying off a local Child Protective Service worker #MitchProud.

Trump said, “I am very, very, very happy that he’s with me on the Mueller matter. I agreed to overlook the whole Bushy ‘Torturing for Jesus’ thing, if he swore his loyalty to me. You know, kiss the ring stuff. I’m loving it! Is that trademarked by McDonald’s? I’d like to use that. Just use it, I have a clown-to-clown backchannel.”