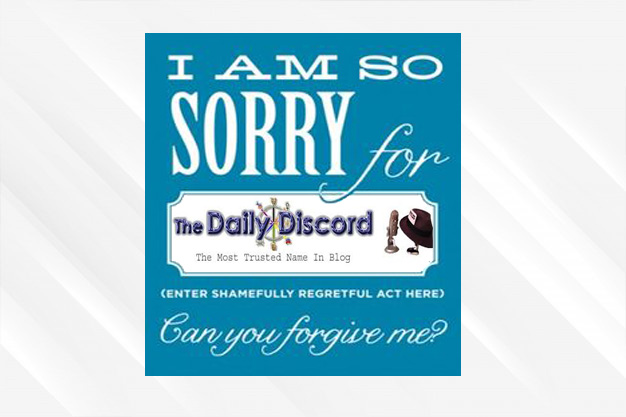 The year 2019 proved a tumultuous one for journalism, satire, and fake news of all stripes. This can especially be said for publications attempting to be all three. I am happy to report there were less apology segments in 2019 than in previous years, however, this is not due to our improved journalistic methods and standards, but is rather the direct result of my decreased involvement and interest. Actually, we suck even more lately, and the only change has been to our attitude about such suckage. Blunders are now cherished, promoted, relished, mustarded and even ketchuped.

Our headline Woman Rescued After 12 Days In Outback Steakhouse, should have ended with the word Outback. We’re still working to take that particular Outback, back out, so we can then stick it somewhere down under. Our feature Third Highest Ranking Republican Expected To Run From Police, should have been ‘Run For Senate.’ Although, there is a strong argument this is still a likely outcome, and to comment on our most consequential blunder of the year, as Trump as my witness our headline Every Vote Cunts was an unfortunate typo.

Jeff Epstein’s Important Causes Will Live On For Decades To Come, should have read ‘Cases’ not ‘Causes.’ Finally, our headline 3D Coal Printer-Deaths Stokes Fear Of Potential Copycat—I don’t actually know where Zano was going with that one. I think he’s off his meds again and back on the homemade hooch.