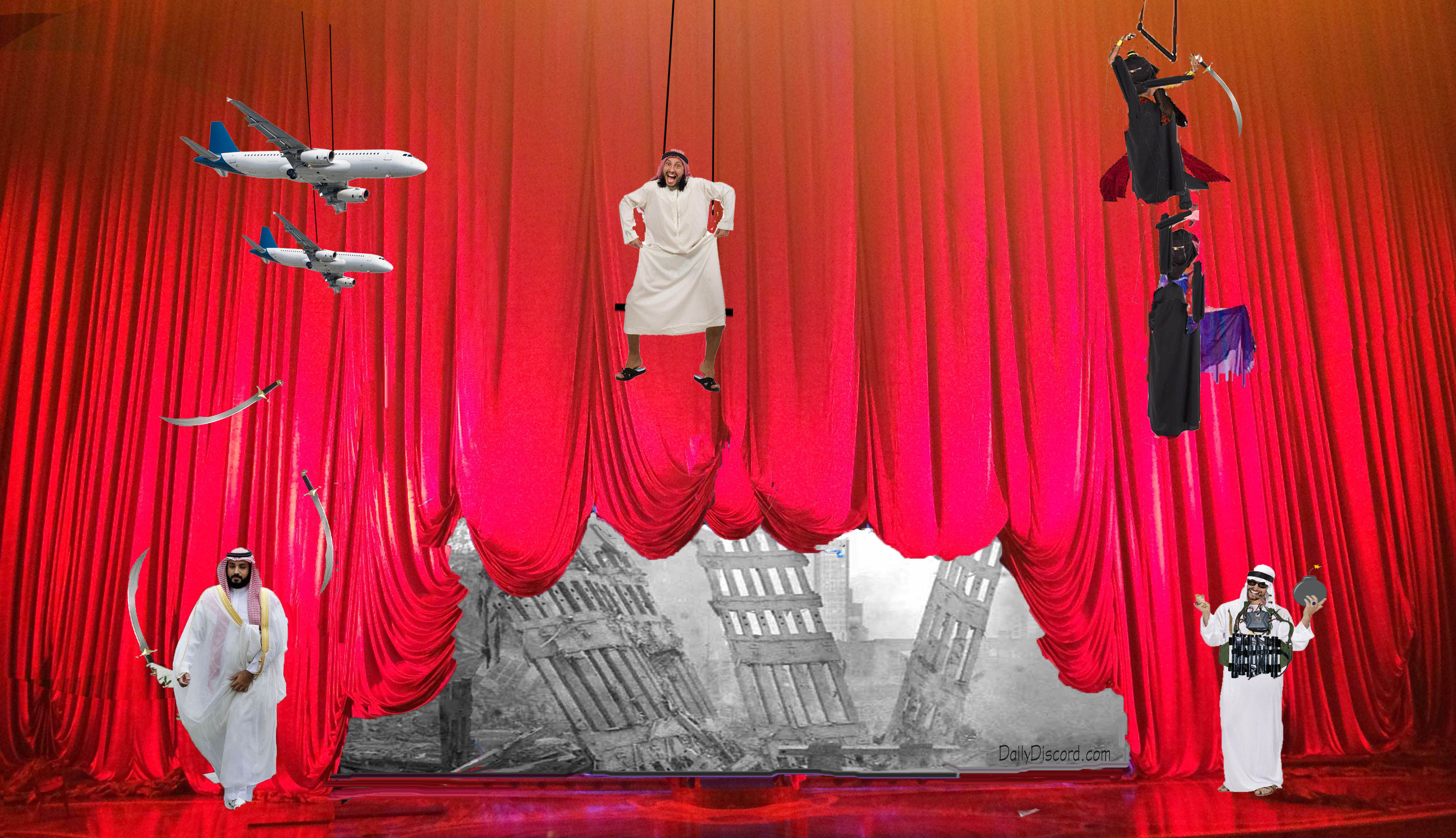 Beverly Hills, CA — During his three week U.S. tour, Saudi Crown Royal Mohammed bin Weinstein, entered into an agreement with Cirque du Soleil. Saudi Arabia recently lifted its long standing ban on such entertainment and the Circus of the Sun agreed to a specially crafted performance to honor Saudi National Day. According to eyewitness accounts and emergency personnel, the debut performance “didn’t go so well.”

The Royal Crown Cola told the press today, “I shouldn’t have chosen a French Canadian group. The French are still pissed about that whole Charlie Hebdo thing. Their performers didn’t follow the script we provided at all! How dare they mock us with their mockery! And it’s next to impossible to wage a proper jihad against a circus. Originally, Germany said they would like to host the event for us in Munich, but they were afraid setting up such a large tent would push hundreds of people into Austria. Yeah, those Germans are so funny. Said.No.One.Ever. As for America, Ringling Brothers closed up shop last year after realizing their whole country was being converted into a circus. Never again! Next holiday our country will just get out the khash on a stick and watch some old VCR tapes. I think I still have It Jihad To Be You somewhere.”

Disney was planning to enter into a long-term relationship with Saudi’s General Entertainment Authority as well, but they have since reneged after receiving the required script. A spokesperson for Disney said, “We will not perform a scene wherein Goofy is stoned to death for watching Glee, or a scene depicting Minnie Mouse being lashed for displaying an I’m with Hillary bumper sticker.”

Many are calling Disney’s policies “inconsistent” as they have already agreed to perform a play in 2019 based on Christopher Steele’s salacious dossier entitled Golden Towers.