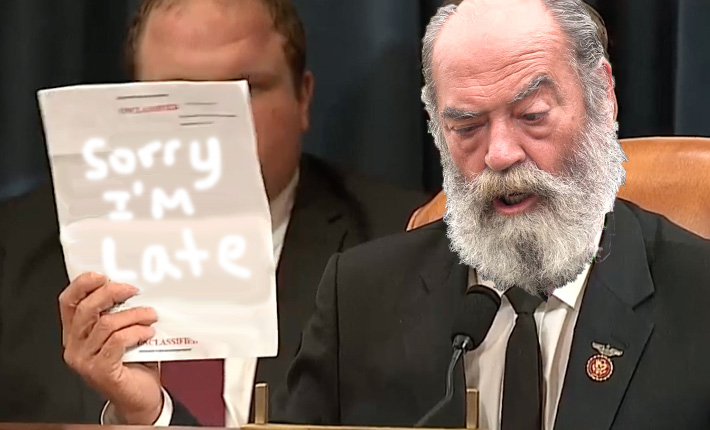 A one hundred day nap ended today, when congressman Jack S. Van Winkle (R-NE) awoke to join the rest of his party in condemning the “sham of an impeachment hearing that’s sullying America’s good name.” The congressman from Nebraska admits he overslept a bit, “I know the votes just ended, but I still want my voice to be heard! No collusion, no obstruction, no quid pro Joe! Make America Late Again!”

Dr. Sterling Hogbein, of the Hogbein Institute and Lube, is calling the congressman’s performance a form of intentional narcolepsy, during which one enters a sleep-like state at key junctures to avoid potentially unpleasant realities, or PURs. “Anyone can use this strategy to avoid bad news at the doctor’s office, boring date conversations, or while the boss is yelling at you. This is how republicans use truthiness to replace reality through forging a desired outcome by the willful inducement of alpha waves, allowing tiny particles of Foxal Matter to overtake executive function. It’s ingenious, unless abused, which in this case it certainly was.”

Senator Lindsey Graham (R-SC) is still refusing to take the impeachment seriously and he shamelessly plagiarized the movie Animal House today on Fox News: “The issue here is not whether Trump broke a few rules, or took a few liberties with our female citizens, because he did. But you can’t hold a whole political party responsible for the behavior of a few, sick twisted executives. For if you do, then shouldn’t we blame the whole political system? And if the whole system is guilty, then isn’t this an indictment of our educational institutions in general? Isn’t this an indictment of our entire American society? Well, you can do whatever you want, but I for one am not going to stand here and listen to you badmouth the United States of America!”

In related news, Attorney General Strains Something Looking The Other Way. 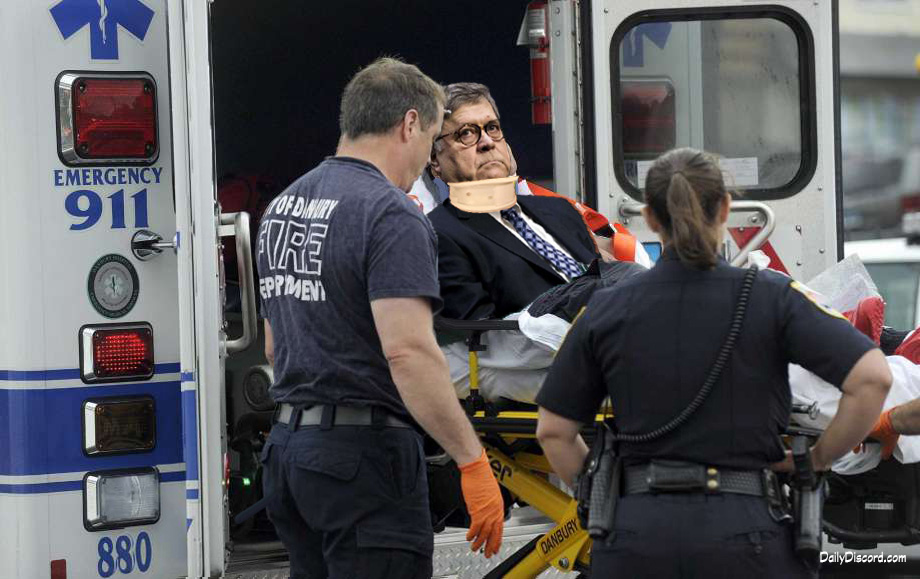