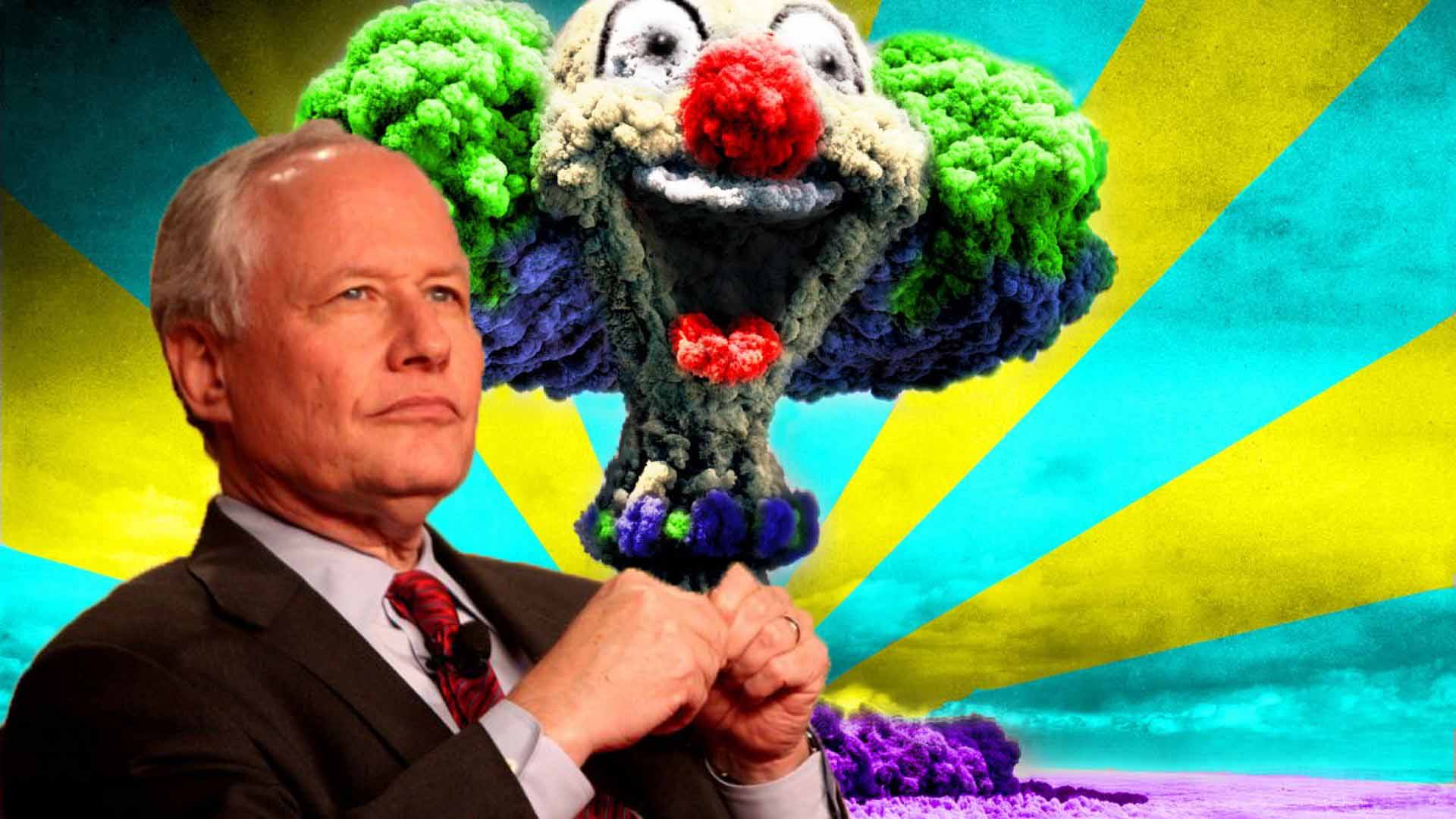 Regardless of one’s political affiliation, it’s hard to dislike William Kristol of Weekly Standard fame. He, if nothing else, represents a rare voice of reason for the conservative movement. He’s always proven wrong, but he’s at least a seemingly informed know-nothing. Not surprising, Kristol is showing some buyer’s remorse amidst the new political wasteland that he and his ilk helped foment. In a recent article, he said, “Disenthrallment is not disdain. Thinking anew does not mean thinking as a progressive.” This can be roughly translated as, “With a Republican super-majority, thus in our darkest hour, we must resist the urge to turn toward anything remotely sensible.” Well, there goes the last of the Republican intelligentsia and good riddance. The Brigade will advance! Trumpeter, walk …march!”

—Charge of the Right Brigade

Kristol was on the right side of the Roy Moore senate race controversy and he has been railing against the alt-right contingent of his own party for some time. Of the Alabama race Senator Shelby (R-AL) said, “The Republican Party can do better than Roy Moore.” Of course it runs much deeper than that; a fairer statement would be: “The country can do better than the Republican party.”

What Kristol doesn’t do well, and that’s probably because it’s hard—Hercules-wrestling-that-giant-squid hard—is explain where, exactly, in recent history his bunch showed some actual insight. On some level he understands the havoc his ilk have wrought on our country and our Constitution and, although he’s not particularly happy about it, he’s not really sure where to turn the last of the old Republican guard. In the end, perhaps he’ll realize the GOP is a false choice between rampant brainless populism and catastrophic hawkish nation-building.

Who would have thought ten years ago that Republicans, amidst the Age of Information, would have both control of everything and deep reservations about wielding such responsibility?

A Republican super majority is kind of funny, not funny ha, ha, but more funny in a republic-ending sort of way. What’s missing from this particular Weekly Standard stalwart is his own blame in the intellectual demise of conservatism. He sat on Fox News for many years fawning and participating in IQ-dropping after IQ-dropping news segments. You aided and abetted this shitznik, sir! And only now, as Frodo once said on Mt. Doom, “Here at the end of all things”, do you start to acknowledge the problem:

“The GOP is now torn between demagogues who appeal to the lowest-common-denominator concerns of voters, and establishment types who roam like zombies on a terrain they can no longer navigate, among citizens for whom they have little in the way of answers.”

Let’s come clean, Bill. Tell you what, I’ll go first. As a spoof news writer, although I predicted the GOP disaster now upon us long ago, the actual depth and scope of your side’s abject stupidity is still quite shocking …uh, Arkham’s Dr. Strange during the next round of ECT shocking. Fine, I’m not good at this, but only because of my endless barrage of dizzying blogular insights.

But some kudos are due as Kristol ponders the need for a weaker Trump:

“Why not think more seriously about whether such a thing could become possible and how the groundwork might be laid for such an eventuality? Is it a dereliction of duty not to work towards such an outcome? Such an outcome is, after all, what sensible people would be pushing for if we lived in a parliamentary system. Why not borrow a page from the British?”

For years, I have championed a more parliamentary style of government. Not enough of us fit under these two big dysfunctional tents, if we ever did.  The current administration has magnified the flaws in our system, so some ‘revampage’ is imperative.  Revampage is tidier than a revolution, so let’s get cracking. Smithers, release the flying meth monkeys!”

Funny how we all start talking parliamentary style-tweaks when the Oval Office is held by a Republican. Keep in mind, a right-leaning president would never survive such an environment, a place where their reasoning would be on display, in debate form, for all to see. Yeah, good luck with that. On some level Bill must realize such procedural adaptions would be the death knell for conservatism, aka, bring it!

Correct our mistakes and brigade will advance! Trumpeter, walk …November!

Ultimately Kristol is devastated by the state of his party. He both despises the irresponsible populism of Trump as well as the progressive tilt of the Warren/Biden 2020 alternative. Bill is playing the establishment moderate here, but what he really wants to do is get back to a simpler time when the U.S. could bomb, rape, and plunder at will. He also aided and abetted all the constitutional abuses post 9/11 as well as the ill-fated invasion of Iraq. And, if given the chance, he and his ilk would do it all again:

“We have lost our nerve. In recent years, the attitude of Barack Obama has prevailed over the spirit of Charlie Hebdo. The claims of sensitivity have trumped the attachment to freedom. Appeasement of jihad has supplanted the war on terror. Most fundamentally—let’s be honest—fear has overwhelmed courage.”

The U.S. defeated ISIS with strategic military advances, and by being mindful not to increase radical recruitment through stupidity. It’s a huge misnomer that Republicans are better at keeping radicals in check. Republicans represent the dumb bullies in the neighborhood, and Trump is the biggest, dumbest bully of them all (see: Tweet Oftly and Carry A Big Button). Why do you think our allies support D and our enemies support R? Haven’t figured that one out yet, eh?

Most of us in 2018 do think back to the Bush years, the most damaging and incompetent administration in my lifetime, with a touch of nostalgia. How is that even possible?

Make no mistake, Bill, if Ass-Clown ends the Iran Deal and starts a war with either the Ayatollah or Kim Jong Un, the aftermath and fallout is as much your responsibility as anyone else’s. If Kristol had heeded my warning regarding the intellectual demise of the right, we wouldn’t be in this mess. For 15 years I have referred to the cognitive collapse of the GOP  as the ‘story within the story of our time’. And if you continue to appear on Hannity and the like, you remain complicit with the political dolts of our time. If you can not rally the troops toward reason, your next Republican candidate may prove crazier and even more oblivious to reality than our toddler-in-chief. Hard to fathom. For many decades the rightwing media has fostered fools. You reap what you sow. Despite all the bad press in the 21st century, the GOP embraces a delusional romanticism of some time period when they were competent and relevant. This.Is.Complete.Garbage.

Or my old line:

*Any unlinked quotes are from Kristol’s same Weekly Standard article.