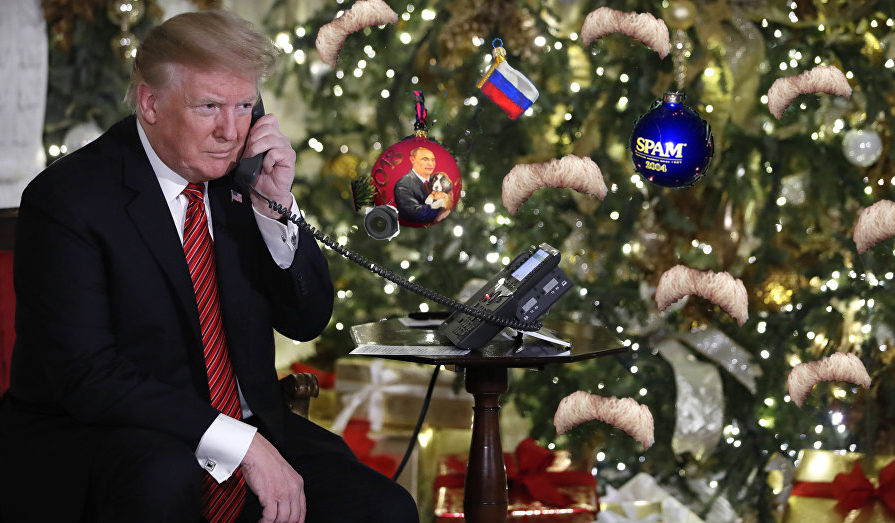 Tweet Tower—The entire intelligence community is on edge at this hour after President Trump inadvertently outed the country’s Secret Santa during a phone conversation with Russian Foreign Minister Sergei Lavrov. The Director of National Intelligence, Joseph Maguire, told The Discord, “Since the president has revealed the Secret Santa, we are concerned that Angela Merkel is now going to know the United States just got her a coffee mug.” Meanwhile, republicans are seizing on the news and calling for an investigation into the makers of the coffee mug, claiming Democratic front-runner Joe Biden was seen with a similar coffee mug near an airport with international flights to Kiev.

Senator Lindsey Graham (R-SC) said, “This whole international Secret Santa was messed up from the getgo. The UK picked Belgium. Let me give you hint; the UK is not getting anything for Belgium this year, and Trump and Putin have always broke with international policy and exchanged gifts. Besides, it’s a nice coffee mug, with the name Trump spelled out in gold lettering, so the German Prime Minister was always going to know who got for her. Trudeau is not buying Merkel a Trump coffee mug, so this is another Muellerigan. Oh, that reminds me, Ivanka is also selling some wonderful products over at Dilliard’s, Bloomingdales, or through Amazon.com for all of your last minute Christmas shopping needs.”

The intelligence community is condemning Graham’s comments and claiming that leaking more classified information on the international Secret Santa arrangement is “not helping.”