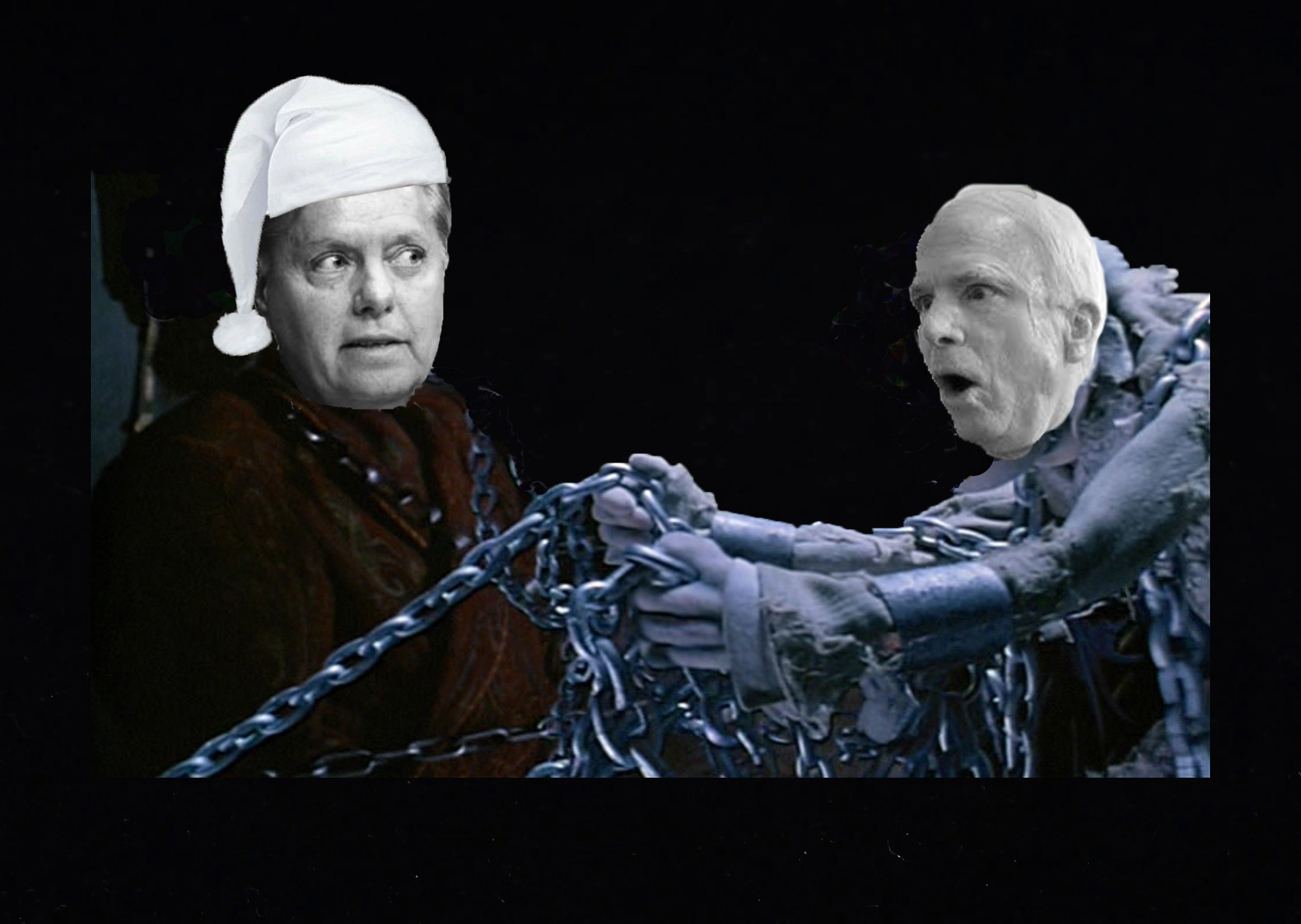 Graham Cracker Manor, SC—Those close to Senator Graham (R-SC) believe he has been visited in a single night by the ghosts of John McCain, Ronald Reagan, and for some reason Slimer from the movie Ghostbusters. Former Senator John McCain allegedly told his dearest colleague, “I am here tonight to warn you, Eberlindsey Graham, that you have yet a chance to avoid your fate, which is to forever to be labeled a complete partisan hack and sellout. Oh, and sorry in advance for Slimer; Nixon was double-booked.”

Graham reportedly told the ghost, “When I want to be visited by three spirits in one night, they’d better be tequila, whiskey, and more tequila! Look fella, how do I know you’re a ghost? You may be a crumb of bun, or a fragment of underdone beef. There’s more of roast than ghost about you, Chuck. Or whatever your cut is.”

McCain responded, “Don’t get brisket with me, Short Ribs! Fine, I’m withholding the Mucinex for Slimer’s little visit, and I’m letting Reagan bring Bonzo. Have fun with that!”

“Next time try sending that angel, Clarence,” suggested Graham, “because after your little lecture I feel like jumping off a bridge.”

[‘Bedford Falls to his death’ joke pushed off a precipice.]