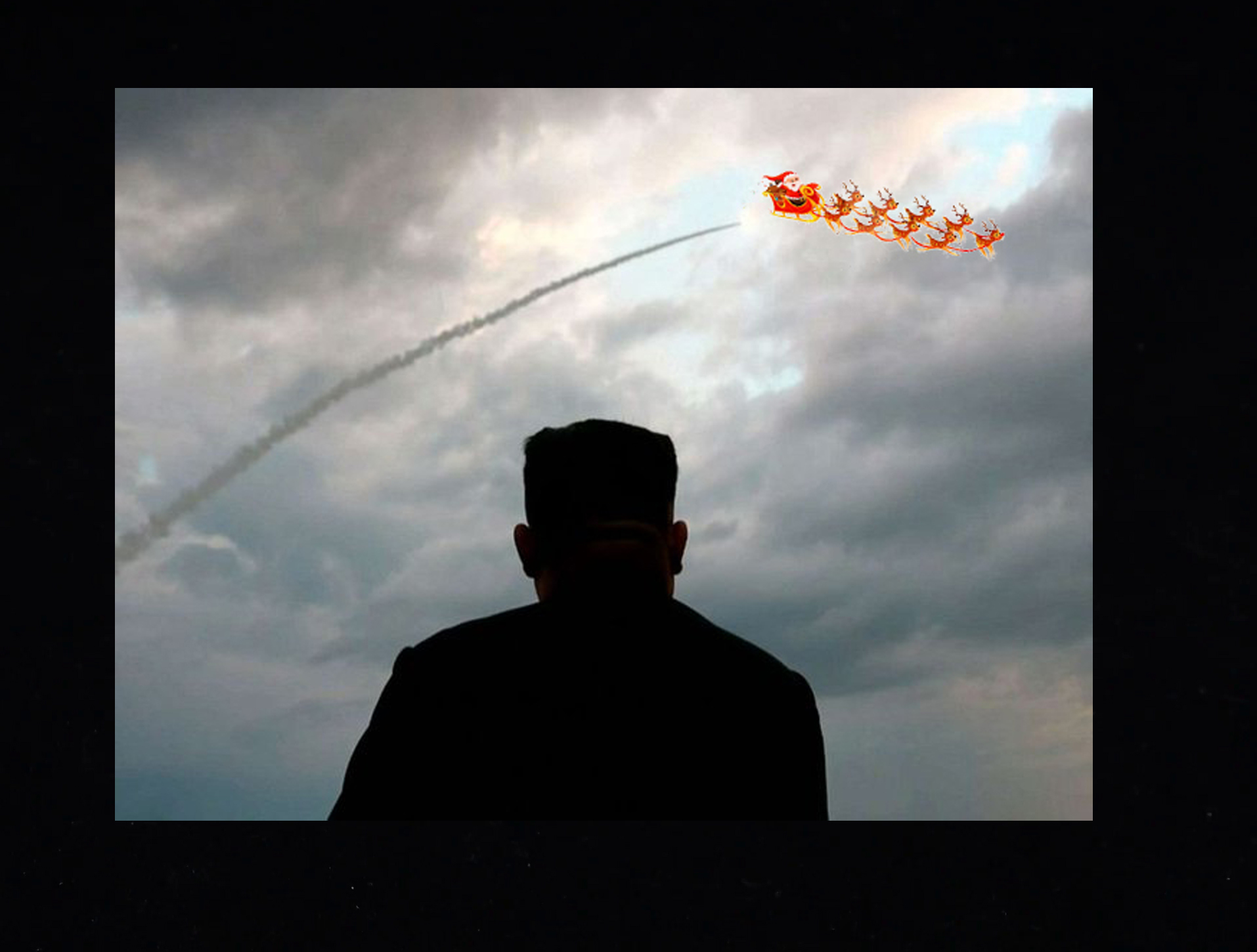 The North Pole—Each year NORAD tracks Santa’s sleigh and gives constant updates on its exact GPS location. NORAD relays Santa’s real time whereabouts, his next stop, and how many gifts he’s already delivered to all the good little girls and boys across the globe. This year many in the intelligence community are concerned this might be too much information in the hands of the nefarious. North Korea has recently expanded its long range ballistic missile capabilities, which could now deliver a nuclear warhead for the holidays in lieu of coal. Kim Jong Un promised President Trump a “Christmas surprise.” The Discord may have just have cracked the NK code and it’s not very Christmasy. The White House is denying President Trump received a card from Un, entitled Yule Be Sorry.

Senator Lindsey Graham (R-SC) said, “What is NORAD thinking? They are tracking Santa and then sharing that information with the world? If I had may way, Congress would put an end to this irresponsible practice and respect Santa’s privacy.”

President Trump tweeted, “The North Pole is not part of NATO, so we have no obligation to protect Santa, his sleigh, or his workshop, which is underwater by the way. This is NOT a global warming thing! It’s about giving away free stuff instead of charging top dollar. It’s never a good idea to give away shit! Santa is a socialist, who needs to be reigned in like his deer. You want a white Christmas? I have my man Stephen Miller working on it.”

And for the Ghost of Discord past: Trump Floats Canadian Border Wall To Halt Bumble Migration.