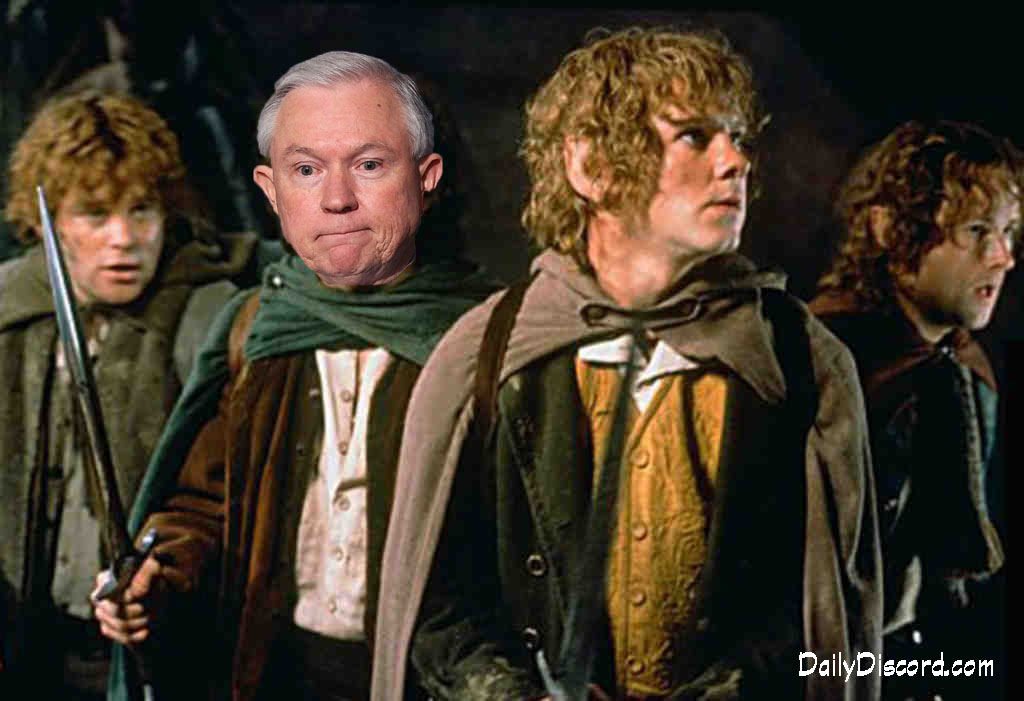 Attorney General Jeff Sessions has agreed to take on this historic task and has already laid out his daring strategy. “In order to fight the White Pantsuit Witch, I will need Gowd, Issa, Sleepy, Grumpy and all the Breitfart nuggets we can get our hands on. Before heading to Clinton Manor, just northwest of Georgetown, we must first obtain the Kenneth Starr to aid us in traversing the dangerous Whitewaters of Ozark Realty. We will then use Barron Trump, the president’s IT whiz kid, to obtain the emails and then make the perilous journey back to Trump Tower, before his bedtime. I’ll be keeping my receipts.”

President Trump told the Discord, “This shit really makes me long for the good old Atlantic City days. We had so many places to bury the bodies back then. Everything was easy peasy. Sad. I have Hoffa notion to go old school and have him sleeping with the fishes. See what I did there?”

In related Middle-Jersey news: Trump saves the Mines of Moria from bankruptcy saving more than 400 real jobs for real American dwarfs. The president is also denying he colluded with the dark lord Sauron on the lead up to the 2016 election.