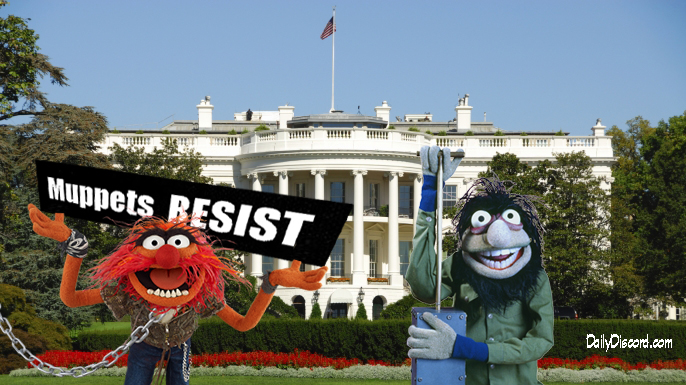 A powerful Muppets Resist movement has formed in the wake of President Trump’s decision to defund the Public Broadcast System. After Trump announced his intentions, Kermit the Frog warned the president he has inadvertently “unleashed the furry.”

In recent weeks a number of troubling incidents involving Muppet Resist member have caused the Department of Homeland Insecurity to place the organization on the puppeteer watch list. Last week the Count von Count was charged with one, two, three…three counts of disorderly counting. Mwah-ha-ha-ha! And Super Grover has not been seen or heard from since his arrest in late March outside of the White House. Full Grover coverage here.

The health and well-being of Grover has further fueled tensions between the authorities and Muppet Resist members across the nation. U.S. and U.O.K. intelligence communities report an increase in chatter this week among suspected Muppet extremists. Several key members are now being detained for further questioning. Cookie Monster is a Muppet of interest in a recent bakery break-in that is being hailed as an ‘Ate Crime’ and the Swedish Chef is at risk of deportation…as soon as the president determines which country Swedish people come from.