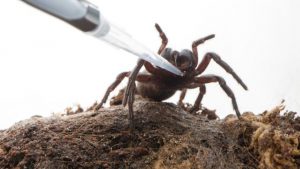 Washington—The republican healthcare plan designed to replace Obamacare remains in critical condition at this hour. Trump spent the last day before the crucial vote trying to woo conservative support by learning what the word ‘woo’ means. Many in the House Freedom Caucus are attacking the Trumpcare bill from the right. Congressman Aschlocke (R-AK) told the Discord today, “The American Health Care Act can not pass in its current form. It doesn’t do nearly enough to screw up this country’s healthcare system.” When asked what it would take for the Congressman to flip his vote from a no to a yes, he said, “Trumpcare has the word ‘care’ in it. Take that shit out for starters. Republicans are looking for a plan nothing short of repeal and disgrace. Comprende? Oh, and if anyone else uses the word comprende they will be deported.”

Even the Koch Brothers are weighing in by promising reelection funds for those members of congress who ultimately choose to oppose Trumpcare. David Koch told the Discord, “We’re evil, not stupid. There’s a difference. Remember that, Zano, when we crush your little website like a bug. You see our side is 1% = evil and the 99% = stupid. Oh, wait, I’m wasn’t supposed to say that out loud.”

Speaker Paul Ryan is hard at work countering all the negative press by souring up the deal so staunch conservatives will find it more unpalatable. “We’re adding a lot of really unconscionable things, last minute, that we just know the Freedom Caucus is going to love. We’re confident we can make this puppy smell even worse by Thursday. You know those death panels that didn’t really exist under the ACA? Yep …we’re going there.”