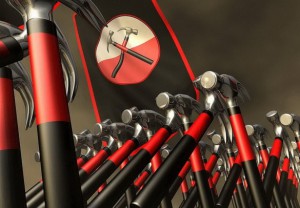 Debating the merits of the Republican party is futile, because they don’t have any. Endlessly conveying to my blogvesary how discourse is dead has become Ray-Charles-at-a-shooting-range aimless. Polarization has led us to this place of irreconcilable political differences. To his credit, Pokey saw this coming too. Whereas he blames liberalism for creating an immoral societal malaise, I place the sad state of our union squarely at the doorstep of the GOP …hold the malaise? As for the media, my fear has always been that MSNBC would follow the money and become an alternate ideological echo-chamber. Fox left? This would then cause the impermeable GOP-bubble to spread libward. Whereas this is happening, my rebuttal to the Pokester remains: if your endgame was to elect a sociopathic ass-clown to the Oval Office, no one should care to review the particulars on how you reached that sad, royal turd of a conclusion. Crowning bereavement?

Some recent events sparked Pokey’s ire, one of note just occurred at a college in Middlebury, VT. This incident should anger us all. Not that the protest occurred, but how the speaker, Charles Murray, was effectively silenced. Some of these libcidents are clearly affronts to our First Amendment. This phenomenon became apparent several years ago when comedians started complaining about performing on liberal campuses. Even Jerry Seinfeld will no longer play Sun City U., because “colleges are too PC.” Amazingly, our universities are no longer the place to debate ideas. The Democrats have effectively Safe Spaced themselves into political and philosophical irrelevance. And that’s my job!

The premise of Charles Murray’s work is pretty disturbing, but the response of the liberal students, who essentially chased him off campus, was clearly worse. This happened to me once my sophomore year, but, in law enforcement’s defense, I was probably naked. I’m not surprised by this incident, I like to be naked …uh, I meant the other incident.

To summarize the relative health of today’s discourse, just post Trump is an ASSHOLE!!!! on your FB thread. In 2017 no one let’s you even finish a F-ing sent—

“And what I saw on the video struck me most as a form of religious ritual — a secular exorcism, if you will — that reaches a frenzied, disturbing catharsis. When Murray starts to speak, the students stand and ritually turn their backs on him in silence. The heretic must not be looked at, let alone engaged.”

Whereas Sullivan was rightly repulsed, he agrees with me on this much: we can no longer have a meaningful debate in an environment wholly independent of facts. I also understand the ramifications of this new reality.

“Without debate, without criticism, no administration and no country can succeed …and no republic can survive.”
—John F. Kennedy

Unfortunately the time for listening is over. The republic is doomed, which is fine with me. I never wanted to build a Death Star anyway. Forgive my pessimism, but when you warn people about something for 15 years… well, jaded doesn’t begin to capture it. Republicans severed the last ties from this world to their ideology long ago, and the political right now speaks a form of foreign political gibberish that I call Benghazese. Sorry, I don’t speak the language of hatred and bigotry. Besides, Amazon has yet to drone me my copy of Rosetta Stone: Benghazese Edition. Universal Transhater?

While Republicans insist on fostering the shittier aspects of fundamental/entrepreneurialism, Dems have officially embraced the shittier aspects of liberalism. The sentiment on the left has become, your views are repulsive, so kindly piss off. Hey, at least they moved away from moral relativism. Whereas I am not condoning this behavior, I did predict it. The sentiment may not be justified, but it is understandable. Who wants to debate an alternate reality anymore? This encapsulates my post-November stance. Where’s the fun in debating crapola? …well, outside of my Discord posts?

From here on out, it’s more about the coming collapse and the subsequent revolution, unless you have a better idea, Pokey. I’m all ears. Actually, none of us are all ears, we’re all mouths. But until you can identify the inherent flaws within your own party, we will remain at this impasse. You people have a super majority, oh, rapture. No, really, that’s probably the only way out of this mess. Self-unfulfilling prophecy? All the Hannitization of facts in the world won’t change the profound consequences to come. The right will stick with the script, of course, and shift blame accordingly.

The GOP is nothing more than a diversion, not even a clever one, but apparently clever enough. How it still works on the masses in 2017 is the fascinating part. Diversion therapy? Republicans are currently concerned about globalization, demographics, and ISIS. This is what keeps the Trump Administration up at night, well, that and uncut cocaine. I’m actually in favor of the first two items and ISIS has always been a doomed initiative, well, with Democratic leadership. Sorry, Pokey, it’s a all been a diversion and you fell for it. We have much bigger fish to fry in 2017. MegaloDonald?

Republicans are also the ‘reduce the deficit’ people, which is funny because historically they’re the main deficit-creators. GOP security? And they manage to create more deficits even while cutting entitlements. The GOP puppet masters then throw in issues like the death penalty, the War on Drugs and abortion to sweeten the pot for God’s people. Wait, they’re against pot… The folks behind the Republican platform obviously don’t give a shit about these things as they are merely fronts for the only real objective: to drive all of the wealth of our world into the hands of the few. When conservatives are in power they do this quickly, systematically and effectively (See: Trumpcare). Don’t you think it’s odd that in the last twenty-plus years that’s the only thing Republican’s have proven to be proficient at? Weird coincidence, huh? As my friend Ling once said, if you can’t connect the dots yet, we’re going to need some bigger dots.

Can’t you just admit you’re on the wrong road, Pokey? How has your endless pursuit for the truth ended—and I dare say, it has ended—with a vote for an incompetent, pathological liar? Are you taking that Supertramp, long way home? Liberals have always represented the lesser of two evils, by tenfold.

Our relationship over the years has mimicked an old school Dennis Miller and Bill Maher. Remember Maher’s old Politically Incorrect era? Dennis was slightly right and Bill was slightly left. Now look at them. Maher is a raging liberal and Miller is only doing plugs on the O’Reilly Factor. It’s a mirror image of what happened to us and what happened to our country. You and I are more insightful in one sense, in that we both predicted where this country was heading. We have a decidedly different root cause analysis, of course, but in our own way we both tried to bridge gaps and fight the widening political rift. We failed, but let’s at least give ourselves a mutual pat on the back. Not a reach around …just the pat.

But, having said that, don’t ask me to condemn my side, when your side clearly brought us to this dark and terrible place.