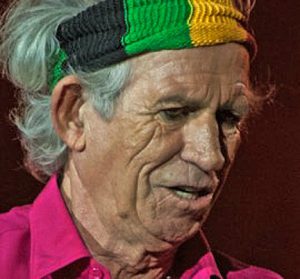 Manila, PHL—The skeletal remains of a two-thousand year old corpse found buried alongside of a bottle of Smirnoff in the sands of the Philippines, may simply be that of rock icon Keith Richards. The guitar legend has been missing since a party held last Friday night.

Dr. Sterling Hogbein, of the Hogbein Institute and Bait Shop, said, “Sometimes Mr. Richards gets bombed, other times he gets embalmed.” The archeologist reports that halfway through the excavation Mr. Richards stood up, mumbled something to his crew, and then staggered back toward Manila.  Undeterred by the setback, Dr. Hogbein has named the find Homo Britvodkus and announced to the archeological community, “Before there was a Java Man, there was a Vodka Man.”