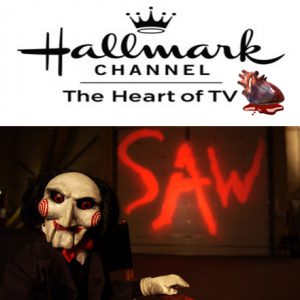 Studio City, CA—The Hallmark Channel has released a statement apologizing for the airing all seven movies from the Saw franchise on prime time television last Sunday. The network would like to remind its viewers this was a single incident, or seven single incidents (if you want to get technical), but Hallmark wants to reassure its viewers that they plan to remain dedicated to producing really lame family-targeted entertainment. The company has also issued the statement, “The Saw movies do not reflect the principles or values of our network, and so-called torture porn is really not our thing. Honest. You can even check our search histories.”

Hallmark CEO William Abbott told the press today, “I was as shocked and saddened as anyone about this terrible mix up. I was particularly disgusted during every second of Saw 3D. Damn, that was gross, not to mention horribly filmed. The 3D parts didn’t even really work as we were not intending to air a 3D movie, ever, especially this wholly unauthorized marathon of murder and mayhem. We usually reserve any scary movies for Halloween, and by scary we mean family movies set in October… you know, with carved pumpkins and sometimes even bats in the background. Scary implied, is what we like to call it. Halloween is a pagan holiday, but we’re trying to lighten up a bit.”

And now back to our regularly scheduled program: 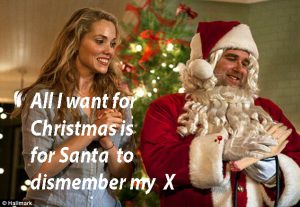