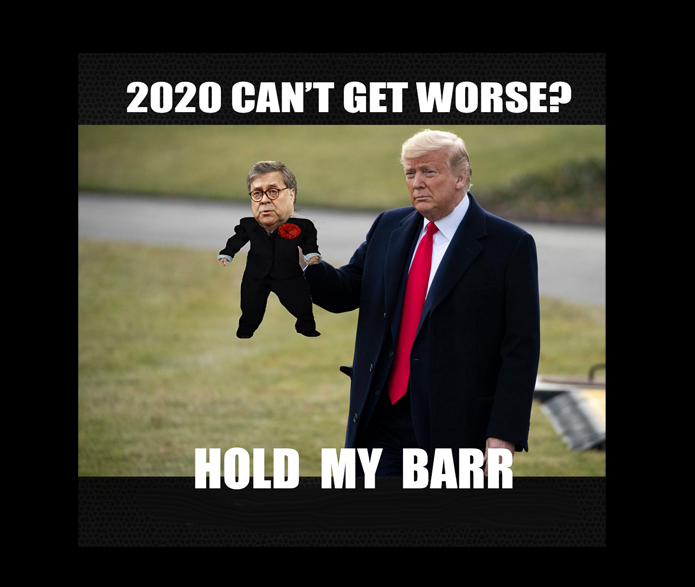 Tweet Tower—There’s a scourge on this planet and it’s ravaging resources, destroying economies, and costing lives …and it’s called The GOP. What did you think I was talking about? Yesterday’s primary voting in Wisconsin, aka being forced to vote in-person amidst a pandemic, was not only a travesty of justice but it’s a wonderful sneak peek of the November stunts to come. Everyone has the constitutional right to vote, even republicans, but they don’t have the right to bring voter suppression to such a profound level. Oh, I’m being told the Supreme Court backed this? Suprise emoji face. Fine, I guess you do. And today we can’t even assemble to protest this atrocity even if we wanted to. The good news? We don’t want to. They have half the country drinking the Koolaid and the other half sheltered in video game/Netflix streaming-land. Call George Clooney, it’s the perfect misinform.

This week’s decision to endanger voters with in-person voting in Coronaville is a disgusting endorsement of voter suppression, even by republican standards. The political right has realized, long ago, that if people vote in droves, they.are.screwed. Hey, let’s not lose sight of the fact that I just admitted republicans realized something. Yesterday’s event was a democratic primary, so this was just a trial run, which is ironic because for reckless endangerment they should all be on trial. No one is saying this yet, but if someone dies and the family blames their loved one’s death on forced, in-person voting, can they sue the state of Wisconsin, SCOTUS, or some other Cheesehead? Make no mistake, this fall Trump’s going to cheat and cheat bigly. If it works great and if they still lose, they’ll just cry foul and stay in power anyway. Winning-winning? It makes me want to invite Thanos over to the next Easter Megachurch sermon. Oh, snap.

Meanwhile, this pandemic may well offer the Trumpsters just the expansion of power they crave. And if you’re comfortable with this …why in God’s name are you comfortable with this? What part of dangerously incompetent authoritarian haven’t you grasped? Per Newsweek, our Attorney General is floating the idea of suspending Haebus Corpus: “whenever the district court is fully or partially closed by virtue of any natural disaster, civil disobedience, or other emergency situation.” So once again our friends on the right are ready to waive the foundation of the Bill of Rights, which includes the ability of the government to detain you indefinitely without a trial. Lock her up? Yeah sure, fulfill another campaign promise minus all those pesky facts.

Here’s a related blast from the past, 41’s apology for Japanese Internment camps:

“We can never fully right the wrongs of the past. But we can take a clear stand for justice and … renew [our] traditional commitment to the ideals of freedom, equality, and justice.” —George HW Bush

He should have added:

“But after 9/11, you can go ahead and randomly sweep up American citizens, innocent or otherwise, and then torture them to the point of permanent mental illness. So get to it, Junior!”

And who decides what constitutes civil disobedience? You guessed it, our aforementioned Attorney General. So will my Barr puppet Photoshop-wizardry one day qualify? Granted, they have not abused our rights in this way, yet, but when have republicans ever used expanded powers judiciously and wisely? Dear conservatives, when you endorse shit like this, administration after republican administration, how can you call yourselves constitutionalists? You spelled Nazis wrong. O brave new world, That has such deplorables in it!

Again with the civil disobedience, Zano?

Yeah, yeah. Hang on, someone’s knocking at the door—