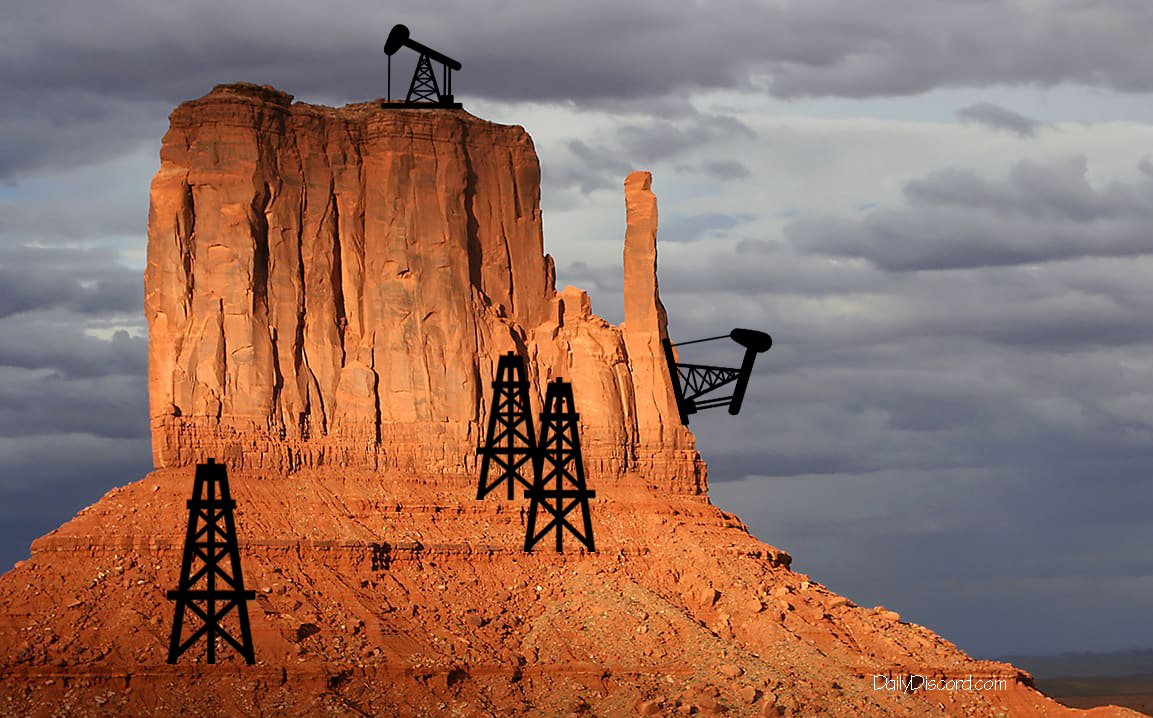 The American Southwest—President Trump has ordered a review of over two dozen national monuments located all across the southwest. Many are calling the president’s attempt to rollback Obama-protected lands for the purpose of exploitation, despicable. President Trump told the press today to “Chillax, folks! There’s a lot of wood, water and minerals totally untapped out there in the dirt and, with new technologies, you won’t even know we’re fracking the shit out of your aquifer. Think of it as a chance for the Native Americans to give a little back to Uncle Sam. They owe us. They do. Who got those spigots running during their Trail of Tears, right? We did. Ask not what your president’s personal finances can do for you, but ask what you can do for your president’s personal finances. Oh, and shhh. Let’s not tell, you know who. You know ….Voldemueller.”

Secretary of State Rex Tillerson, who is in no way affiliated with Big Oil, told the American people today, “President Trump is only reviewing the 27 national monuments recently added to a protected status under President Obama’s Antiquities Act. Antiquities implies old. It’s an old bill and we want new bills to make America great again. New crisp bills, like this 50 that I have right here. I’m going to light my cigar with this crisp new fifty, because that’s what I try to do when I’m struggling to relate to the little people *cough*.”

When asked about the potential environmental impact to the region, our Vice President penced no words, “Keeping the southwest beautiful and lucrative is key. The environmental impact of all the shit we’re going to try to pull will be monitored closely by the new and improved EPA, under the unswerving leadership of Scott Pruitt …well, he does swerve when he’s drinking, but that’s different. Besides, he worked out a deal with AG Sessions to get out of that shit if he’s ever pulled over. Who wouldn’t want that deal, right? Ha! Look, you are not even going to know we’re there unless you are insistent on drinking the water, or breathing, or you don’t enjoy those extra earthquakes.”

President Trump added, “Why does everyone like streams to be clear and stuff? Why does murky water get such a raw deal? Murky is cool. We’re going to make the southwest cool again, or maybe warmer as everything we do seems to exacerbated global warming. Ha! Can you remove that last comment? Thanks. #JustSayNoWarming” 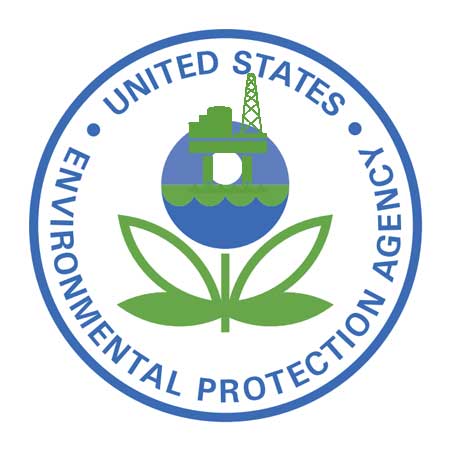 Pruitt already has a proposal to change the green color of the logo back to its original black.