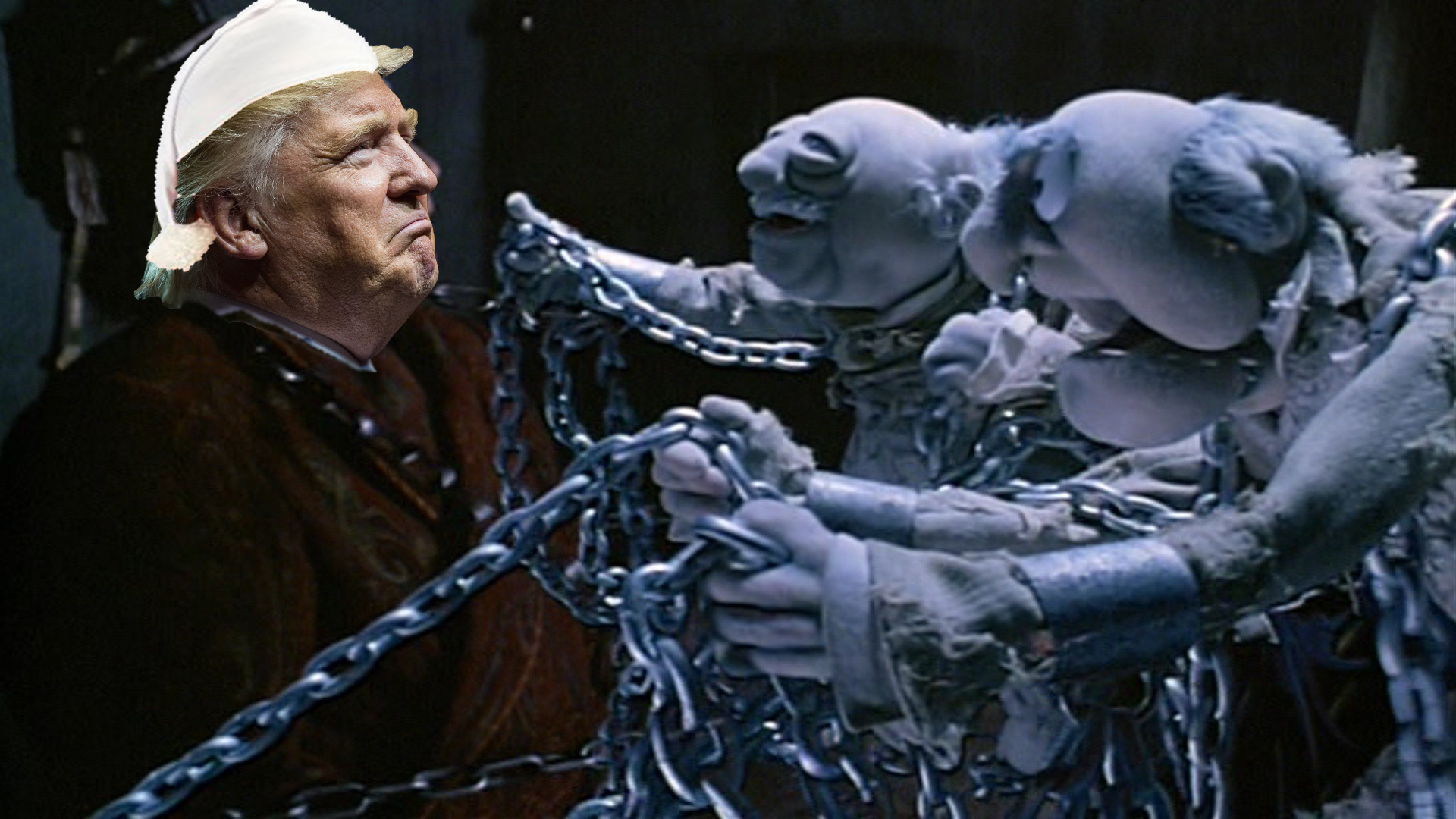 Tweet Tower—With the country still reeling from Animal and Crazy Harry’s attempt to blow up the White House, Muppet legends Statler and Waldorf attempted a grey-hair-brained scheme of their own. Taking advantage of the chaotic aftermath of Comey’s departure and what Statler referred to as “an obvious lapse in security”, the pair went all Dickens on Trump’s ass. The Muppets gained access to the White House under the false pretenses that they were actually Russian spies. Once inside the two allegedly ducked into a custodial closet, donned some chains and rags, and then entered the presidential bedroom, which Trump has since renamed the Mount Melanie Sweet. The President insists it’s a pun.

Statler reportedly entered the bedroom first and said, “Boo! We wear the chains we forged in life!”  And then Waldorf added, “Yeah, over behind the Ace Hardware store on fifth.”

President Trump reportedly became enraged and pressed a red button on his night stand. It was the wrong button, however, and the president was brought a Coke. So he then began frantically pressing all the buttons on his night stand and nearly nuked Tulsa, Oklahoma. Luckily, the butler who brought the president the Coke summoned the Secret Service, who were able to forcibly remove the pair from the premises.

President Trump told the press today, “I am ordering all Muppets be picked up and detained indefinitely for questioning. Hell, I plan to name a whole wing over at Guantanamo Bay “Sesame Street”. The Muppets RESIST movement will be crushed, bigly. And when I find the little green menace behind all these shenanigans, I’m going to grab him by the Snuffleupagus!”