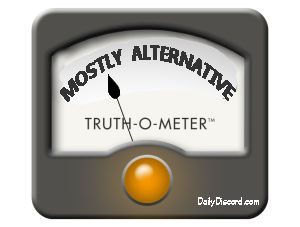 Tweet Tower—Members of Politifact, FactCheck.org and Snopes are threatening to permanently log-off the job after President Trump announced earlier today that he would be cutting their overtime pay. These pay cuts are designed to help finance both fixing the nation’s infrastructure as well as military equipment designed to obliterate the nation’s infrastructure. “Or at least the infrastructure of our more liberal towns and cities,” clarified Kellyanne Conway. “We can make a seamless transition to much more affordable, alternative-fact checkers. Those folks can lie around the clock for a mere fraction of the cost to the tax payer.”

When asked how cutting pay for a group not even currently funded by federal funds is even relevant, Trump became enraged, “If I say it’s relevant, it’s relevant! Besides, I think Honesty is overrated. I prefer Piano Man or Captain Jack! That was back in the day, when Joel was keeping it real. Political fact-checking is more fake news. It’s fake. When I speak, it’s all true: presidential true, Mt. Rushmore true, even George-Washington-cracking-the-Liberty-Bell true. He told his dad, “yeah, I cracked that fucking thing, what are you going to do about it?” And it’s still cracked today. That’s also true. So what is the point of having all these fact-checkers around? It’s annoying to be questioned all the time, especially, when all I’m trying to do is make America great again. It’s written write on my hat in a big-ass font that even James Hancock would be proud of. No really, there’s a font called Big Ass. I downloaded it today between tweets.”

When asked about the increase in the military budget, President Trump said, “Remember in Jaws when Roy Scheider said ‘we’re going to need a bigger boat?’ I want a bigger boat and I want to blow Jaws right out of the water. With my missteps, we’re going to need a lot more soldiers, a lot more weapons, and probably those sharks with the frickin’ lasers attached to their heads. What if Dr. Evil tried to use these sharks against the heartland, you know, in Sharknado form? As President I have to think about this stuff, because no one else is going to. That’s also true.”