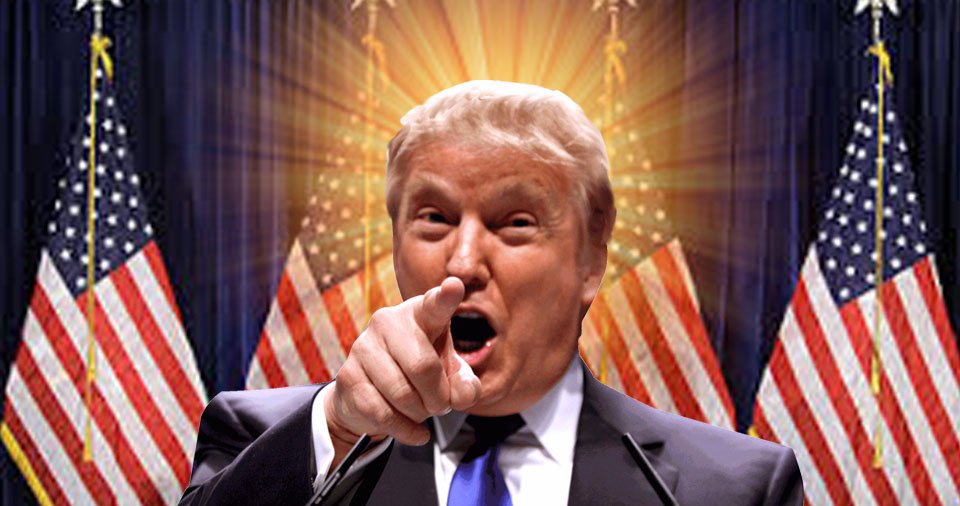 It seemed like only yesterday Trump was on point, because, well, it was only yesterday. The day before this gaffe-free-anomaly he was attacking babies and doubling-down on his criticism of the father of a fallen soldier. Today, back on course, Trump called for the assassination of his political opponent. No wonder he’s so fond of Putin. If they ever got married how would they pull off a reception with both KGB and KKK in attendance? Luckily Putin is staunchly homophobic and probably has his male lovers killed. Hey, but maybe if this doesn’t work out they can still be poison pen pals?

Senator John Q. Republican told the Discord today, “I think that entire 24 hour period was brilliant. Even Trump’s Tweets seemed vaguely thoughtful, even humanistic. It made me proud to be a Republican… all day, well, at least until Hannity. My favorite from yesterday was when he Tweeted: Thank You Wilmington, North Carolina! #MakeAmericaGreatAgain. Flawless! Way to go Donald! I even liked his comma usage for that one.”

Trump’s campaign underboss and Consigliere, Tony, said, “Hey, if Mr. Trump can put together even a couple more days like this one, right before the election, who knows? Really, I don’t know what it would do. I’m not Nate friggin’ Silver, I just do the dirty stuff The Donald doesn’t want to be directly associated with. I won’t be building the wall, exactly, but I will probably be adding some bodies to the foundation.”