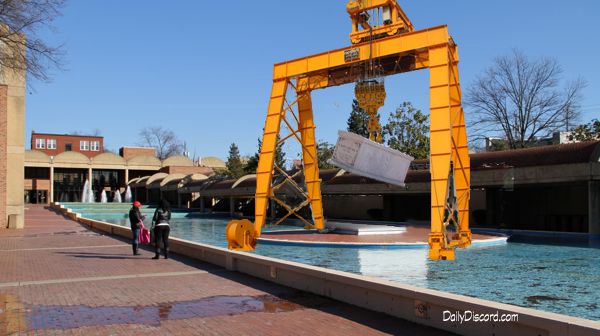 Atlanta, GA—The King Center has rented apparatus to have the Atlanta tomb of Rev. Martin Luther King Jr. and his wife Coretta Scott King rotated for the entire MLK weekend. The center’s board of directors finalized the decision yesterday after President Trump referred to Haiti and African countries as ‘shitholes’. CEO of the center and MLK’s youngest child, Bernice King, said, “We think it’s what our father would have wanted to do this weekend, and he might actually be spinning in there anyway, so we just hope we got the direction right.”

The King Center is encouraging everyone to come on down to this wonderful historical national park and enjoy the show and the festivities. All proceeds will be going to the Make A Wish Foundation, provided everyone’s wish is that lightening strikes Donald Trump while he’s golfing. Event organizers claim there’s going to be a Phish cover band and a laser light show around the spinning tomb that rivals Pink Floyd’s Division Bell Tour.

Senator Chuck Schumer (D-NY) said, “I think it will be a really powerful statement if people come to Atlanta from all over the country in droves just to watch MLK Jr. actually spinning in his grave over Trump’s comments. Great stuff. I just hope they got the direction right.”