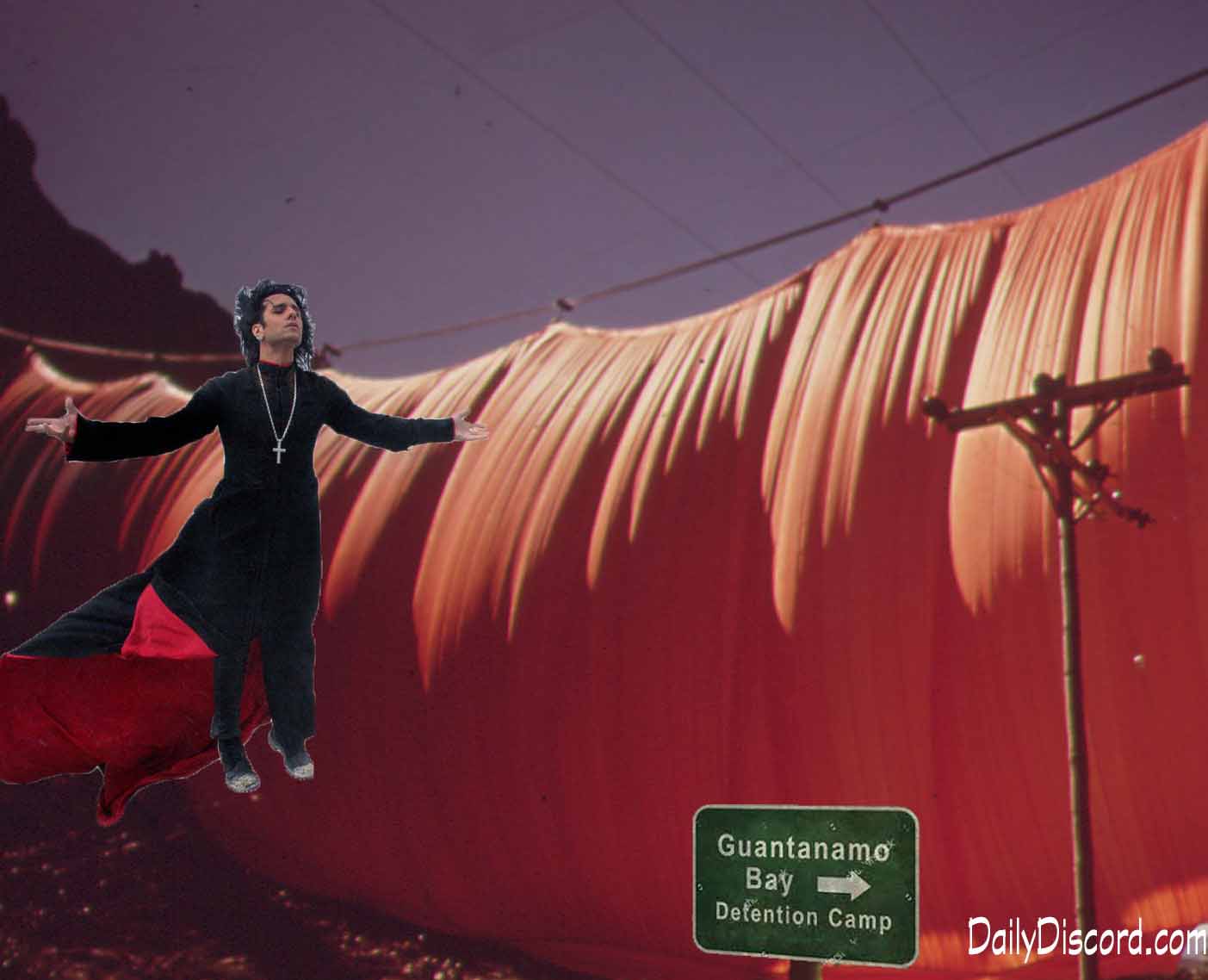 President Obama responded, “With this Congress to get things done you have to think outside the box, even if said box is being sawed in half by a magician (Heh, heh). Technically, I did not authorize Mr. Angel to make Guantanamo Bay disappear. What I did do, which is in line with my authority as President, is issue an executive order to have him perform at Guantanamo Bay. If the facility is truly gone, which it appears to be, I will pardon Mr. Angel for this reckless and unauthorized action.” Obama is denying allegations he has booked Mr. Angel for a similar stunt in front of the House of Representatives in April. “I’m calling this one: it’s curtain’s for Congress,” said Mr. Obama.

Criss Angel is denying a political motivation behind his stunt. “Look, Copperfield had the whole disappearing Statue of Liberty thing and the disappearing plane thing,” said Mr. Angel. “So I thought to myself—totally independently and without any federal encouragement or monetary incentives—why not make this national embarrassment disappear?”

Angel later clarified his statement as the Republican nomination hopefuls were all convinced he was referring to them.