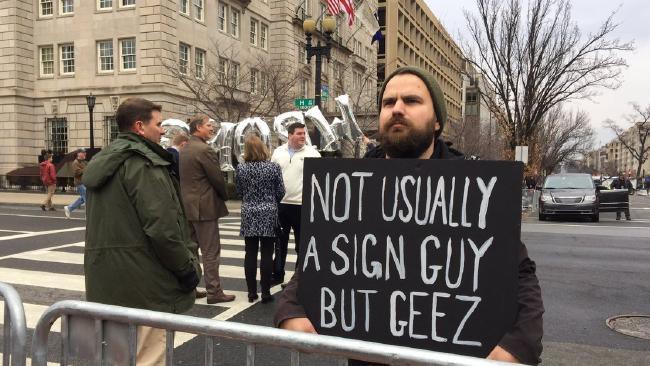 There Zano goes again, ranting about everything except the evidence. He never challenges a fact, context, or inference that I’ve made on any subject. Zano characterizes my perspective as another “fictional scandal” since Republican investigations never (not once ever) find anything of relevance. Of course, Zano’s definition of relevance precludes facts that counter his position. Zano changes the subject to Bush’s illegal War, and then, presenting no evidence, he accuse Trump of “rampant”, not merely ordinary run of the mill authoritarianism. Then Zano goes on to praise my timeline as proving his own point, if he actually has any.

In 2012, a memo on Justice Department regulations relating to “election year sensitivity” states: “Politics must play no role in the decisions of federal investigations or prosecutors regarding any investigations or criminal charges… Law enforcement officers and prosecutors may never select the timing of investigative steps or criminal charges for the purpose of affecting an election, or for the purpose of giving an advantage or disadvantage to any candidate or political party.”

That would be “Abuse of Power,” and as the factual evidence continues to mount, all but the most fervent of cool-aide drinking Resist Trumpers and mainstream media mind-molded will see it for what it is. And the more I encounter people, like yourself, resisting the truth and implications of these uncovering facts, the more fervent I become in my support for our President.

These are nine points that my timeline of facts prove. Tell me where I’m wrong:

1) President Obama lied when he said that he wasn’t aware of Clinton’s private email server. True or False
2) President Obama essentially lied to Chris Wallace when he said “I can guarantee…I don not talk to the Attorney General about pending investigations (or “matters” as James Comey rewarded the document). I do not talk to the FBI directors about pending investigations.” T or F
3) Personal and political motives influenced Andrew McCabe’s actions in relationship to his oversight in the Clinton investigation. When asked about his actions he lied under oath three times. T or F
4) James Comey altered official documents that showed a political bias. For example Comey changed “President Obama” to ” a senior government official” when describing his email communication with Hillary Clinton. He changed “gross negligence” to “severe carelessness.” And changed the word “investigation” to “matter.” T or F
5) Peter Strzok’s text messages showed a animosity toward Donald Trump and a favoritism toward Hillary Clinton, yet he both interviewed Clinton and was served on Mueller’s Special Counsel. T or F
6) After Loretta Lynch was discovered to have met with Bill Clinton, she uses an alias email to communicate with staff to “help craft responses to media requests about the meeting.” T or F
7) The Obama State Department coordinated with the Attorney General, the FBI, and key elements of the media to influence both the Clinton investigation and the creation of the narrative and investigation into “Russian collusion” (okay, I admit that this one is not 100% proven yet , but I would bet you anything I own that it turns out to be true) T or F
8) Several key Justice Department officials involved with the Clinton investigation and/or Russian probe have been subject to demotion and termination due to politically abusing their positions of power.
9) The FBI has still not given us a valid reason for beginning surveillance on the Trump campaign. Why, when, where, and how did you first start the surveillance?