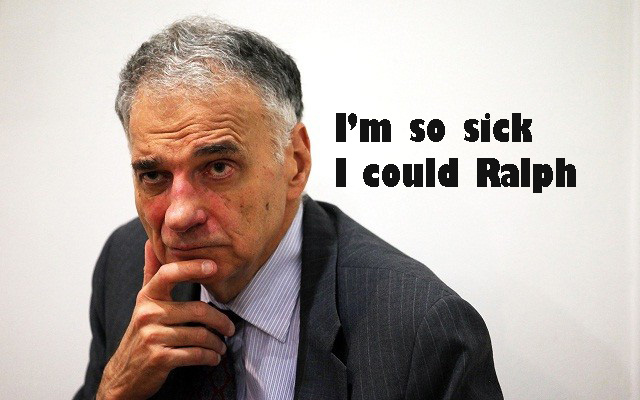 The Liberals are simply not up to the task of slaying this Donald Dragon. It’s becoming increasingly apparent they don’t have the required smarts, charisma, historical knowledge, or testicular fortitude to get the job done. If the Dems are Rogue Squadron, it’s like we left the hangar doors closed with the X-wing engines running for too long. In early May I took my shot at what I felt was the best duo to save our democracy. That’s not hyperbole, folks, we are on the edge or ruin. Our state of the union is akin to that moment when Wile E. Coyote no longer has any rock, ledge, or wooden plank between himself and the canyon floor, but gravity hasn’t quite kicked in yet. My so-called “dream ticket” back in May was met with an abundance of scorn and ridicule in comment-thread land. When Politico ran with that same Biden/Harris ticket, about a week later, Kamala responded by calling such a suggestion sexist. Really? Having the ‘rebel scum’ fighting amongst themselves is just what the Empire wants. No one is nominating me for Veep, and offhand I seem a whole lot savvier than you, prosecutor. In related news, police are now permitted to use of the Vader-mind chokehold on minorities. Harris is not the only disappointment; Biden admitted he didn’t even read the Mueller report. I expect that from Republicans, who are opposed to learnin’ stuff in general, but it’s an embarrassment for a leading Democratic contender to admit as much.

Of course the second debate would be a front-runner pile on. The Obama bashing was a surprise, but I did predict something similarly pathetic and shortsighted. Cheap shots only turn off our moderates and provide fodder to the Drudgelands. This is more self-harming behavior from our predominately know-nothing freshman politicians (for a related example see their brash, disengaged and angst-filled supporters). An inconvenient youth? Sure …bring down the dude with the most support in the rust belt.

[What’s going to hold up your Bad Idea Jeans? joke removed by the editor.]

My Biden/Harris plot was hatched, in part, because you go with the party you have, not the party you would want. We need to heal the rift between the moderates and the progressive wing, and pronto.

The difference? I’ll vote for any Dem who gets the nod, but will you? If enough of you hide in your safe-spaces during the next election, we will go with the oligarchy we have, not the one we would want.

Sure the debate format sucked, but the problem runs much deeper in Libsylvania. So these are the people we’re entrusting to slay the dragon and banish the demons? It’s like if your kiddo is spinning around the bedroom and vomiting pea soup and you ask the church to send over Father Guido Sarducci.

On the lead up to the 2016 debacle, Andrew Sullivan feared the election of Donald Trump represented an “extinction-level event.” You folks might recall I had a similar prediction …over a decade earlier. What I’ve tried to make abundantly clear is how the Republican policies themselves represent our undoing. In other words, the post Dubya Republican ticket would finish the job. Sure their latest avatard comes with more deplorable details and horrors, but any republican leadership marked a clear danger to our economy, our safety, and our ongoing relevance as a nation. As astounding as this sounds, this will trump the reality of a sitting president who is a racist/misogynist/money laundering/sociopathic/obstructionist/white supremacist/child rapist/mass shooting sympathizer.

If nothing else you have to admit the Republicans did embrace the old adage ‘go big, or go home.’

[Do Not Go Bigly Into That Good Night joke forwarded to a local poetry-slam organizer.]

Love ’em or hate ’em, Republicans did successfully pick a person who best represents both the void in their compassion and their skullcaps. And somehow we liberals managed to do worse? Really? If this is the best we can muster, resistance-wise, God help us.

Bill Clinton had the skills to clean up after 12 years of Republican economic carnage-kernels (RECK), and then Barack Obama overcame the Herculean task of saving the global economy, post-Dubya. So my prediction was simple: for this round, the first term of the next Republican leader represented our undoing. They weaken us more each and every time they get the chance, and our pragmatic moderates never truly get us back to the solid footing that we once enjoyed.

Good news: we will never have 12 years of Republican rule again.

Bad news: but that’s only because the guy who will refuse to concede the next election won’t live that long.

If you feel uncomfortable during the following diatribe, please retreat to your safe-space and wait patiently for the free tuition fairies.

Here’s the update from our anemic resistance front (ARF).

Our comment threads in RESIST-land function only a few measly IQ points above that of the Republican wasteland.

Our anchors can’t seem to discredit any Fox News talking point in real time which is astounding when one considers: A. there are only about a dozen of them total, and B. they’ve all been disproven over the course of the last two decades. I’ve hit on this theme constantly so please learn the 12 responses when faced with rank stupidity (related Zano post here).

Our friends at MSNBC are so transfixed with developing their own Fox News playbook that their entire prime time lineup is now essentially one five-hour-long talking point. In particular, the Maddow show is completely devoid of foreign policy issues, economic occurrences, or international affairs of any kind. This would be fine, if someone else picked up the slack. But.They.Are.Not. Watch Fareed Zakaria over on CNN, folks, and take some notes. Is it a coincidence how ill-informed our candidates are on these issues? Or how no one asks any related questions?

If Trump only watches Hannity, the answer is not to have our peeps only watch Maddow.

Our last presidential nominee refused to heal the party. Had she picked a candidate like Warren or Sanders, instead of a ferret who lost both the debate and his own state, we wouldn’t be in this mess. Hillary Clinton ignored the progressive shift that was occurring, banked on the pollsters, and paid the price.

Our resident socialist and “Feel the Berner” refused to get on-board with Hillary and heal the rift between factions until it was too late. Many of his followers were still inconsolable in November, which proved a gateway to the deplorable. Hope they found some solace in their tofurkey dinner.

Our candidates in the last debate all dodged the question about recent Democratic accomplishments. That’s a disqualifier! Sit the fuck down. You failed. Our best and brightest must be our best and brightest, otherwise we’re no better than the Republicans. Our record is phenomenal, at least comparatively, and if you can’t speak to that it’s time to clear that overcrowded stage.

We need an informed citizenry, now, and thus far our RESIST movement isn’t cutting it. We lucked out with competent pragmatists, or the Ghosts of Liberals Past, but today we seem to be heading straight to Candy Land. We can’t have a Republican regime that only shifts our treasures to the one percent, followed by a Democratic regime that dumps everything into some mostly un-fundable millennial wish list.

Despite the writing on the wall, no one is nearly concerned enough about the monster at our door. Kidding, he’s not at our door, he’s in the living room pissing on the house plants. Due to a combination of biases and cognitive distortions, nobody seems to really understand the threat we face. We talk about it a lot, but if we were serious we would mount a much more sophisticated and coordinated resistance. Not this crap.

But I want free tuition, Zano!

You’re not going to get a free education, so sit down! At this rate you’re lucky if you get some free soup …on a soup line. Uh, but I’m being told they’re out of biscuits again. The flour is really getting its ass kicked by the latest tariffs. But there are carrots! One per city block. If you are too hungry and want to give up just head to a public place and sooner or later, at least statically, someone with an AK will put you out of your misery.

We needed a fine-tuned progressive machine, backed by a movement replete with an informed and motivated citizenry, but we have nothing of the sort. I started out as a pox-on-both-your-houses kind of guy, but since 9/11 I have despised everything the GOP stands for. Thus my move left, young man. But in light of recent events, it might be time to return to my initial position. If this is the best we can muster in the face of evil, it might be time to …well, you know the old line:

“I can do more for the resistance in other capacities, and I really want to start spending more time with my family.”

Does anyone believe that line? I can only see my kids during established juvie visiting hours so I’m going to have to make up something else. One side of our poltics is a combination of evil and hate, but the other side, in some ways more disappointing, will always be too disjointed, indifferent and distracted.

I’m being told to end with a joke.

[Sorry, Zano, the image you picked of the last Democratic debate is copyrighted.]