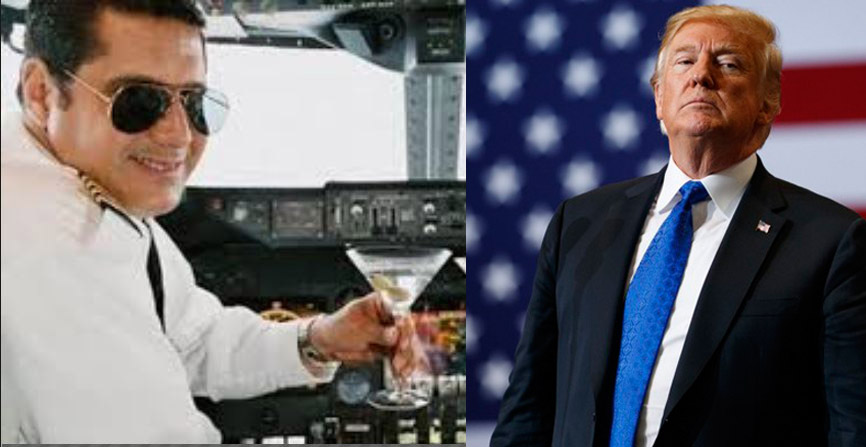 Minneapolis, MN—Delta pilot, Gabriel Schroeder, is all smiles today. Shortly after being booked by Minneapolis Airport Police for attempting to pilot an aircraft drunk, the 37-year-old found himself surging in national presidential polls. Schroeder was arrested just before take-off at Minneapolis-St. Paul International Airport after TSA agents became suspicious when the Mad Dog 2020 he was carrying had a worm in it. “He usually only smuggles on worms in tequila for domestic flights,” explained TSA supervisor Pat Downy.

Schroeder later told the Discord, “It’s not my fault! Joe’s Place has a phenomenal happy hour between 3 and 5 PM and I highly recommend it.” Shortly after the incident Pew Research, Rasmussen and Quinnipiac polls all showed the intoxicated-death-pilot pulling ahead of president Donald Trump by five points in a hypothetical 2020 matchup. The margin of error is plus or minus 15 minutes for those happy hour times. Joe, of Joe’s Place, was unavailable for comment.

President Trump said he welcomes the competition. “I like it. Bring on Drunky McFlyboy, liberals!! He’s a disgrace to his profession, which might really even things up for me.”

When asked to explain his inexplicable popularity, Schroeder said, “On one side we have the most unpopular president in a lifetime and on the other we have a bunch of Democrats. I wonder how that pilot who flew the whole plane into that mountain would do against Trump, well, if he wasn’t dead.”