Flagstaff, AZ—The above image caused me some Facebook controversy. Not because The Discord already endorsed Hillary, which would make sense, but because I was seen fraternizing in Flagstaff with a flaming fanatical. Oh, the horror! Sorry if amidst the waning days of our democracy I want to hear a presidential candidate speak. I would love to hear a Republican candidate speak, when they learn how. Your party is nominating a fascist, so forgive me if I don’t give a flying %^&$ if America slides dangerously close to Toronto-style policies. Check please! No really, hockey’s much better than football. [Winslow: Other sports are for people that can’t play hockey] I am in no way comparing Trump to Hitler. Hitler was smart. If you liked capitalism so much, maybe you shouldn’t have broken it. This is why we don’t have nice things. Anyway, I have more important things to discuss today, like why The Discord’s anchor Bradly Bradfordson made the front page of The Daily Sun? Why was my image relegated to some Bernie Meetup group? Damn you, Bradford!

Brad believes his picture is much more iconic, which is a ridiculous argument…as I’m not even in that other image. I eat and shit iconic. I think it’s a condition. Whereas I wanted to go see Bernie, Brad wasn’t even sure if he wanted to be dragged away from Thirsty Thursdays over at the Drink-n-Puke. When we arrived at Twin Arrows Casino I was expecting some trouble. After all, Rrepublicans are indigenous to Arizona. Doesn’t Bernie Sanders realize holding this event at a casino would only antagonize Trump supporters? Why not just hold the event at a shooting range?

One of the stated rules confused me: No Signs With Poles. What does Bernie have against Polish people? It raised many NATO-related questions and has implications for how Bernie might counter Russian agression. Also of note, The VP line was very very long. I didn’t see Elizabeth Warren, but if the length of this line is any indication Sanders has not narrowed down his choice for running mate. Biden was there, but I chose to ignore him.

I eventually left the line and had Brad hold my place. The sports bar at the casino had two dollar Guinnesses! I was wearing a green Guinness shirt and I think the last time I only paid two dollars for a draft of Guinness was during the Reagan Administration. Brilliant, Mr. Sanders! Brilliant! You are hosting a rally in the most liberal town in AZ on St. Patrick’s Day with some amazing and culturally-relevant drink specials. Very presidential, Mr. Sanders, very presidential.

Then, shortly after returning to line, I slipped passed security and there was no reentry. Then it dawned on me I was trapped a few hundred yards from two dollar Guinnness specials…on St. Patrick’s day…wearing a green Guinness shirt.

Remember when Captain Kirk yelled Kaaahhn! really loudly after being marooned in that planet? 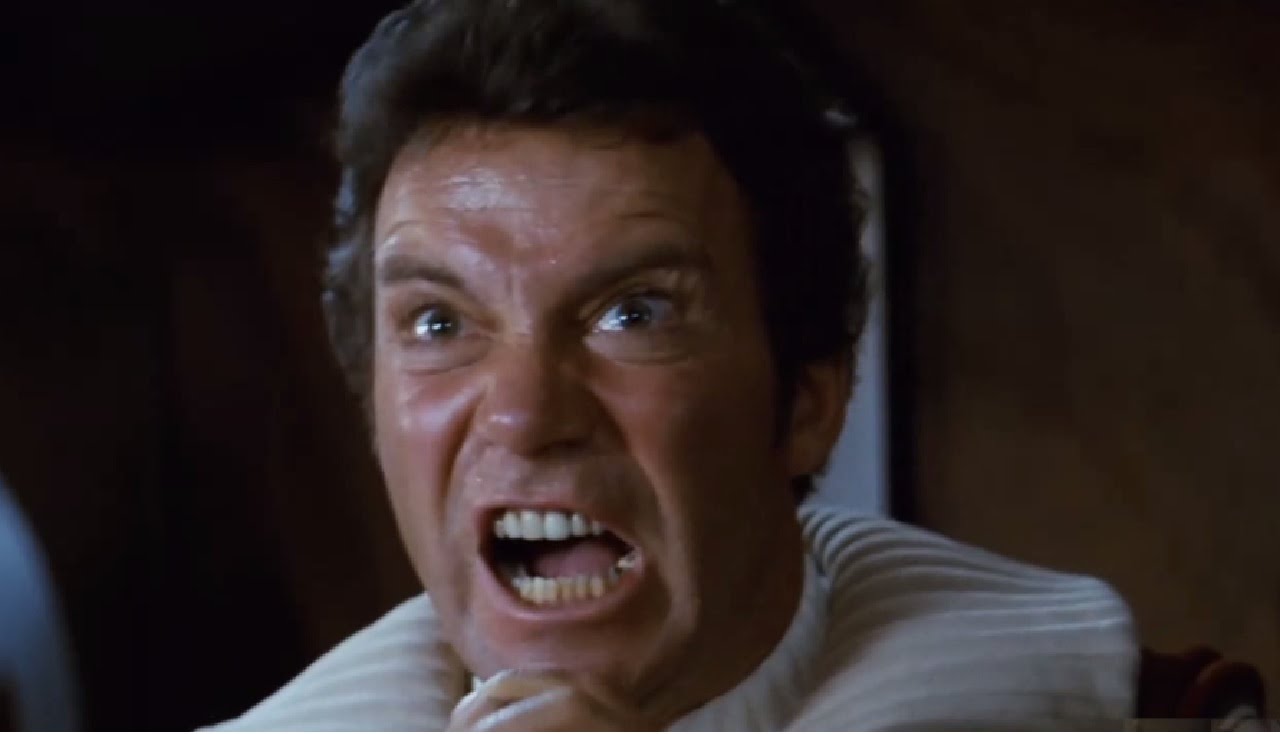 Yeah, well this was much worse. At that moment I realized things had shifted from Town Hall to Town Hell. The wait was horrible, watching-the-Oscars-sober horrible. OMG!

I started asking SIRI what were the chances a member of the Secret Service would mind going on a beer run for me. Oh, and the choice of rug at this casino is interesting. My Spidey senses told me that if you stare at Bernie’s rug long enough you can see all the way to Clinton’s nomination. I did manage to start the wave, semi-successfully. I also started chanting Hextall, but no one gets that joke anymore—even in Philadelphia.

The wave did help me prepare my question:

“Mr. Sanders, does the wave occur at other campagin rallies or is this a Bernie-Specific phenomenon (BSP)?”

As it turned out it wasn’t a true town hall so I never got to ask that important question. Please scroll back to the aforementioned Kirk image. As for the rally itself, Bernie was a rock star. He had a lot of Native American and AZ specific material mixed in with his usual stump speech. He threatened Joe Arpio, which was epic in and of itself. Apparently only about 25% of the people got in, as many were warned ahead of time about the drink special thing. Bernie is on his way back to Flagstaff to apologize to me about any inconvenience. Is it too late? Has he totally lost the Irish happy hour vote? These questions and more will be ignored in my next post, which will hopefully return to the real political implications of this election. Until then, vote today Arizona! There are two qualified Democratic candidates, one that I would send money to, and stand in line for hours to see…and the other is likely to be the next President of the United States.

Oh, after Brad sent me the link showing himself on the cover the AZ Daily Sun, he also sent along this image: 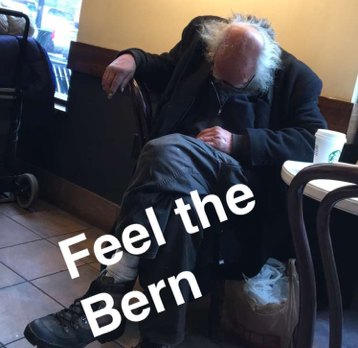 Did I mention Brad is a bit of a douche? Just be thankful I am honoring our if it happens in Vegas, it stays in Vegas clause.