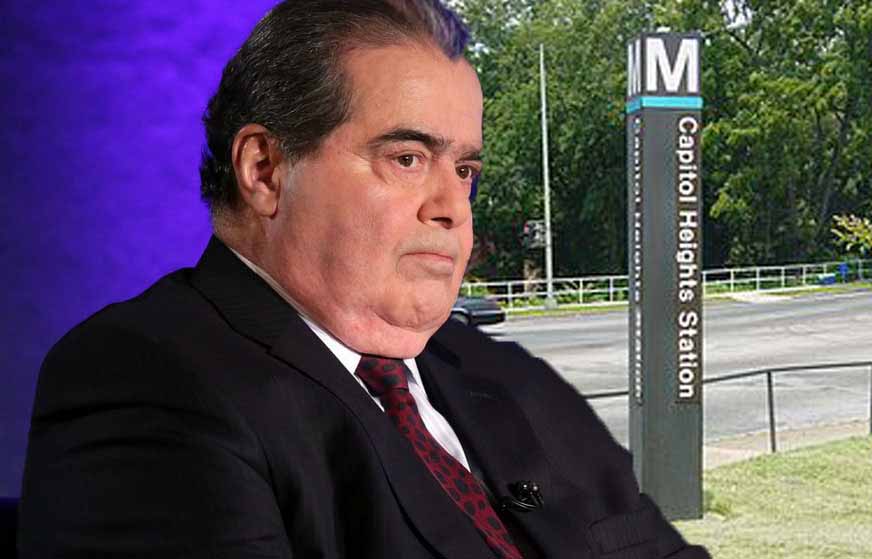 Washington, DC—In a landmark decision today, the Supreme Court has agreed to lure Justice Anthony Scalia to a designated subway station and leave him there. The other Justices hope to convince Scalia that this is a planned outing that will include both a free lunch as well as a chance to overturn the Affordable Care Act. The other members of the Supreme Court are going to act as if they’re getting off at the Capitol Heights Station and then plan to jump back on board just before the train pulls away.

Justice Ginsberg explained, “I don’t plan on any jumping, per se, but I can lean toward the door a little.” When questioned about the legality of this move, she said, “We decide what’s legal, remember? Look, if we had our own Supreme Court reality show, we would have voted Scalia off Justice Island a long time ago. We’re  just implementing our own three strikes and you’re out thing. Scalia is a conservative, he is a Catholic, and he is a Yankee’s fan. Oh, and it doesn’t help that he’s an asshole.”

When asked about the 5-4 decision, apparently Justice Roberts had insisted Scalia himself be counted as a negative vote as it was unlikely he’d vote in favor of this stunt. Republicans are outraged, but, with all the recent Supreme Court bashing, they were fresh out of hateful rants. Kidding. Ted Cruz said, “I will compel NASA to create a space laser thingie that will be used to destroy the Supreme Court.” Scott Walker unveiled his plan to privatize the Judicial System and, not to be outdone, Sarah Palin said, “This is a terrible decision that I believe should be taken all the way to the Subprime Court.”