Flagstaff, AZ—I moved to the southwest several beers ago and I have since shifted my tastes toward more western-style IPAs. Brewifest Destiny? Now I have come to discover, via a recent NPR segment, that hops are the direct cause of man boobs. And here I though it was because of my addiction to Cheese Doodles and my strong repulsion to all forms of exercise.

The culprit for these ‘Moobs’, or brew ta tas, is something called phytoestrogen, an active plant estrogen found in hops. What makes western IPAs linked more strongly to the growth of breasts in men is the sheer quantity of hops used in this style of beer. What makes this phytoestrogen more linked to my personal manboobery is my tendency to order imperial IPAs, or “D-Mugs” as I like to call them. Hey, maybe Bruce Jenner could have saved some serious cash switching from Wheaties to Witbier. What, too soon?

In the interest of finding a better life through labeling, I think we should warn our friends about this alement, this maleady, this alefliction …I’m being told to stop. Anyway, we owe it to ourselves to change the logos and the labels associated with some of our favorite beers.

Here’s some of the easy fixes:

West Coast IPA can be changed to Chest Coast, and then let’s change Widmer’s Upheavel IPA to Heaving IPA. The Sierra Nevada Torpedo problem is easily fixed, just pluralize to Torpedoes. It’s that nipple! The same goes for Speakeasy Big Daddy, which will hence forth be known as Big Daddies. One can then easily extrapolate to Melon Dog Ale and Sweaty Beatty. Essentially, all Double IPAs should be changed to Double-D IPAs.

Here’s some brews that need work:

Four Peaks IPA needs to lose a couple of peaks. It’s been said faith can move mountains, and if that fails try Magic Hat’s Blind Faith IPA. Lagunitas IPA should be changed to Jugunitas. Fistful of Hops will be changed to Fistful of Nips or Nobs—after careful consideration, I don’t care which. Speaking of nobs, how about Hop Nob and Nobgoblin as an alternatit. Jailhouse Brewing Mugshot IPA should be Jugshot IPA. Bear Republic Racer IPA can become Bare Republic Racey IPA. And how about pouring me some Squatters Polygamy Pookas? That sounds somehow delicious, bodacious, and illegal all at the same time!

Here’s some of the worst offenders:

Deschutes Inversion IPA is really misleading so I demand they switch to Protruding IPA. Sadly, Great River’s Big Cock Brewing should be immediately discontinued, unless they can find a way to add some serious testosterone into the brewing process.

Special note: Omission Brewery continuous to ignore this ‘growing’ problem as well as my emails.

Here’s some Brew Ta-Tas that are perfect just the way they are:

Shock Top (apropos for me, soon enough, although they may want to consider ‘Shocking’)

Thank you master brewers for staying abreast of the situation.

But the winner is: 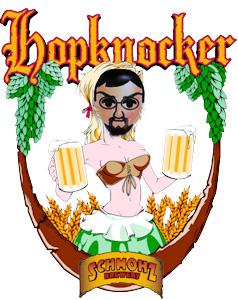 Your beer actually sums up both the problem as well as the solution, which is to drink more beer anyway as maybe some freaky chicks will still dig you. That’s Epic! …which is actually an IPA from Mammoth Brewing, an honorable mention in its own right. Our other medal round winner goes to Bube’s Brewery in Mt. Joy, PA. Don’t change a thing! You absolutely nailed tit! I think this is an important issue–or issues. Still others would say I’m making mountains out of mole hills…and I am, so Cheers! Speaking of Cheers, please don’t yell Gender Norm when I walk into the bar.  Oooooh, I didn’t even like that one and I wrote it.

Holy crap, I almost forgot Stone Brewery! Anyway, here’s my only advice for one of my favs: 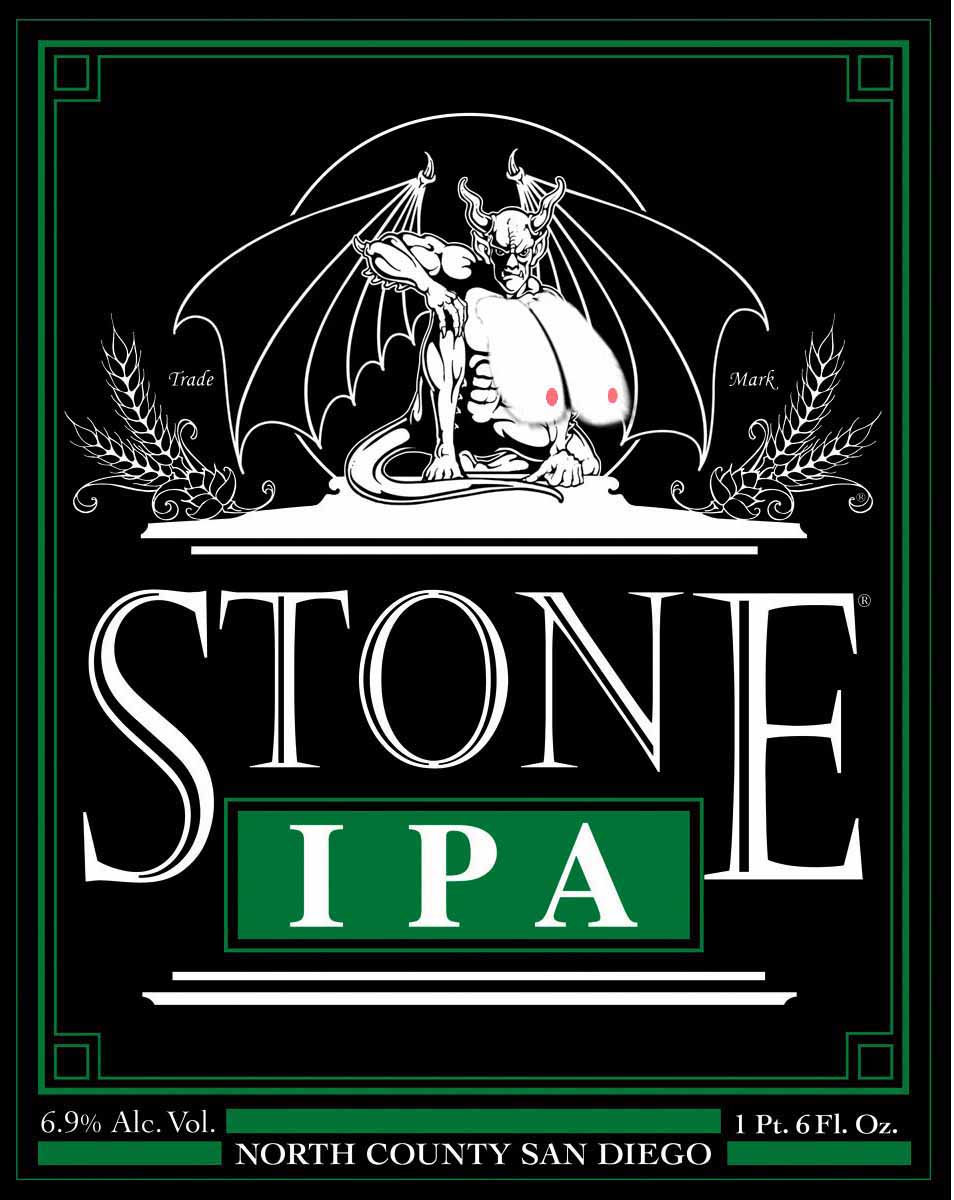 Sorry, I just tweaked the label a bit. No one may even notice.

Have you or a loved one grown large breasts as a result of drinking way too much beer?  Call the law firm of Firmy, Perky and Perky, right now and you could be eligible for a cash reward.

Sorry, but I must end this post as I’m already facing titigation. Ok, I was bored today…sue me.