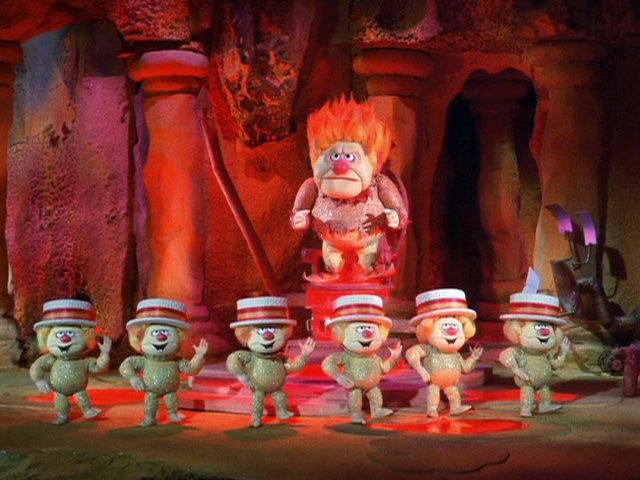 Tweet Tower—In a move that many are calling passive aggressive, Trump has “changed his mind” on who he plans to have head the Environmental Protection Agency. Earlier today the President-elect announced Oklahoma Attorney General Scot Pruitt would be filling this position, but the wave of backlash prompted a series of presidential tweets and ultimately a reversal. In the new Rose Garden Tweet Forum, Mr. Trump just announced that the infamous Heat Miser is “the best marionette for the job.”

Mr. Trump is downplaying this as an attack on the environment. “First off, this is not a flip flop. That is a type of footwear. Look, I love the environment. I want the best environment, but I have a lot of beach front properties so the warmer the better, right? It’s win win. Also, the American people are tired of seeing billions of dollars wasted each year on some futile attempt to save this shit-show of a planet. The whole universe is filled with other planets, which represent endless real estate opportunities for yours truly. In fact, I tweeted that Virgin Galactica guy last night and, uh, at least my family can always move to another M-class planet. Or is that Star Wars? I get confused. Besides, how is this an affront to nature? The Heat Miser is one of Mother Nature’s kids, and she’s already invited to the friggin’ confirmation hearing!”

The Snow Miser is already mounting a counteroffensive in the form of a blizzard set to wallop the eastern half of the country by the end of next week.