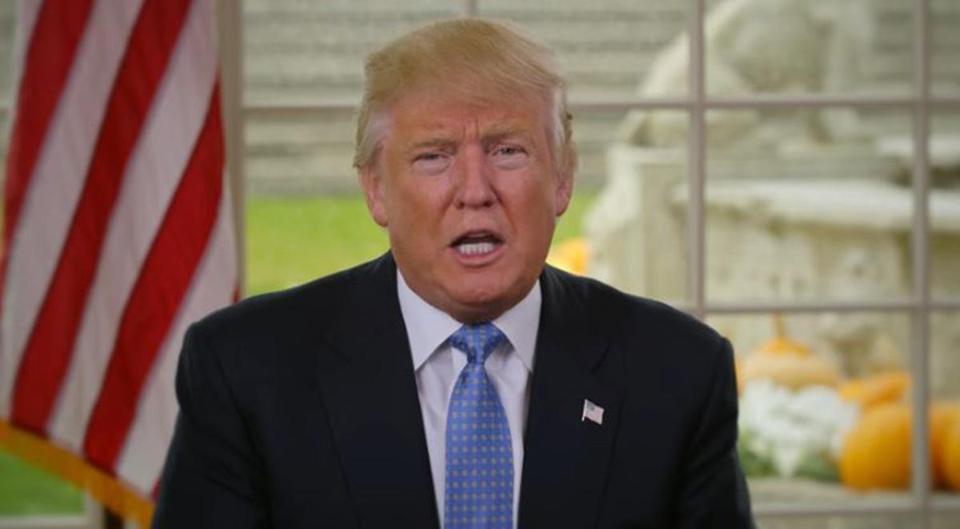 Tweet Tower—President-elect Donald Trump released his reversed agenda today in a series of presidential Tweets. Apparently, he is already reneging on his promise to throw Hillary Clinton in jail, which has angered several of his top aides as well as former President Bill Clinton, who shouted, “Donald! I thought we had a deal, you bastard!” Mr. Trump is also backing down on his immigration policy, marriage equality, and the war on drugs. There is even a rumor Trump plans to keep Obamacare, but just change the name to TrumpNOcare. The President-elect told The Discord today, “I’m going to keep all of the good stuff, like the death panels, enrollment complications, and even those soaring premiums everyone’s been talking about. And you can’t change your mind on something like climate change, because the word change is right in the title.”

When asked about his recent policy backtracks, Trump said, “It’s not a flip-flop if you never intended to do those things in the first place. On day one I am pardoning all of my campaign promises. May they go in peace. Why would I do the things said I would? I’m not an idiot. They were stupid things. Were you listening to them? A wall! I fucking love that one. I thought of that duesy mid-Tweet one night.”

When asked about women’s rights and Roe V Wade, Trump said, “That was just pillow talk, baby. If we’re going to make America great again I have to dump the whole Republican agenda, kit and caboodle. I’m going to have a more pragmatic approach and more like socialism. I love me some Bernie! Am I right? Well, I suppose that’s debatable since I’m switching the whole Republican platform. Zano calls me a sociopathic-centrist, whatever that means. I don’t want to piss off all the Trump chumps, so I am going to wait a bit before appointing Sanders head of Economic Affairs. Not my affairs, those will be different. They will be the best affairs! Not the kind we’ve seen in the past, with those mutts. Hotties only. They will compare me to Kennedy, for the affairs. That gives me an idea: how does Hugh Heffner Head of Internal Affairs sound? Sounds hot to me. On that note, Megyn Kelly will always have a position in the Oval Office. Flexibility and attention to detail a must.