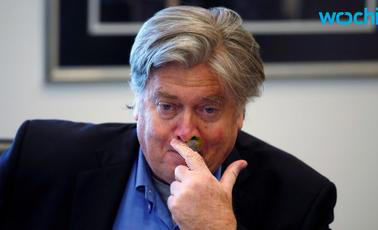 Tweet Tower—Donald Trump’s chief White House strategist, Stephen “Steve” Bannon is unsure if his finger will be enough to hide his small Hitler-style mustache throughout the entire Trump Administration. Mr. Bannon, best known for a slew of disreputable websites such as Breitbart.com, told The Discord, “I have been using several techniques to cover the stashe, such as the cough, sneezing fit, or, for long meetings, epic prayer stance. I was thinking about just buying the smallest spit mask I can find on eBay. It would hide the Hitler mustache and, let’s face it, a spit mask is Trumppropriate. That’s a word now, well, it will be when Trumpipedia replaces those Wiki fucks. In fact, I think he’s going to make his Secretary of State where steampunk goggles and a mohawk. This is going to be a badass administration, or just bad and ass.”
When asked about his agenda, Bannon said, “On day one, I want to put an end to all these crackpot conspiracy theories. You know, now that they all worked and I’m sitting in the White House. As for your next question, about the Hitler mustache, we’re not going to be flying the Nazi flag over the White House any time soon. I want to start by bringing back the Confederate flag. This is only going to work if we take tiny little goosesteps toward freedom. We have to ease the country back into, what’s that word? It’s not capitalism… It starts with an F?”
Vice President-elect, Michael Pence added, “You should have buried the republican party when you had the chance, you sniveling little millennial dweebs! Mwhahahaha! Now, like the Phoenix, we will rise from the ashes of political incompetence and crush this world like a grape. Make America grape again? I like that idea for 2020. Hmmm.” 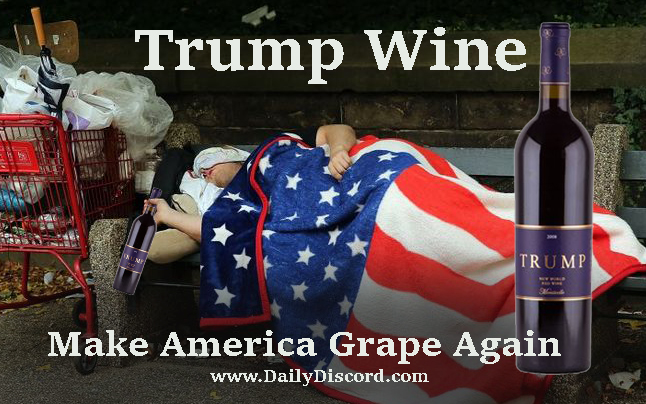